One of the reasons I like Uncle Bob's Treehouse is the complete LACK of political correctness.

You can say anything you want there and ol' Bob will pour you a drink and listen to whatever you have to say. The other denizens there are armed and dangerous - keep one hand on your side arm and the other on your sense of humour at all times. If you have problems with self-esteem, or look for sympathy and support for your foolishness, the Treehouse is the LAST place you want to be! There have been a few food fights there and I have been pelted with rotten vegetables there a few times. I deserved it, no doubt! 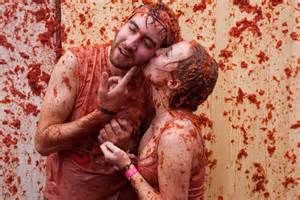 Pandemonium and mayhem. THIS is living. All fights worth having should end this way too.


By contrast, Jim's Blog is like Unca Bob's Treehouse - only fuel injected, blown and turbocharged on nitrous oxide. Like Bob, Jim does not see mental illness or insanity as any reason to discriminate against his readership or commenters. Are you a holocaust denying fascist nutbar? Take it up with Jim! He is not one himself but he has no respect for Joos and is oblivious to name-calling. He will be happy to give you the soap box and rebut your arguments at his leisure. Or maybe, you ARE an eeeeeeeevil joooo and plotting a Zionist takeover of the world - Jim will gladly give you pointers on which ethnics need to be cleansed - and he will actually make a reasonable case for it. Apparently he is what is called a 'neoreactionary' and I admit that I don't know all that much about them - but some of their ideas are hair-raising at first glance. Others? Oh boy. Some have the ring of truth about them. A lot of them seem to be very deep thinkers, well versed in history, and think inside boxes that are big enough to swallow massive ideologies whole. I often lurk at Jim's and leave - and then furtively check my moral compass afterwards. Moral navigation can be very, very difficult these days but if you want to make sure your compass is calibrated and working - Jim's Blog is an excellent place to check it. I disagree with a lot of the stuff I see posted over there...okay, most of it...but it is somehow refreshing to see opposing viewpoints defended with logic and reason rather than name-calling and shrieking that we see all too much of these days of institutionalized political correctness.

I dunno about you but when I go to the heavily moderated mainstream news media sites these days in an effort to inform myself, I find that the writers come across as childish liberal trolls. Most of their readers are too so I suppose that's fair as far as it goes...but when they troll me, I troll 'em right back! They are trying to gin up sales by manufacturing controversy and outrage...and sadly, over half the population is too stupid to see it and takes it seriously. I get all my news from the blogosphere now because organizations like the CBC and the Globe & Mail aren't worth the time of a rational adult. It's gotten so bad, (and some of the blogs have gotten so good)- that you can pick off current events that the mainstream idiots won't touch with a ten foot pole because it doesn't fit their 'narratives'.

The only question I have is this: can we ever get it back again? The "good ol' days"?  Days when schools and courts didn't vapour lock children's phys ed  programs because the one sexually disturbed transgender student wants to use the girls' locker room? Days when moslem kids with race problems got the strap instead of $15 million dollar pay outs for making fake bombs? 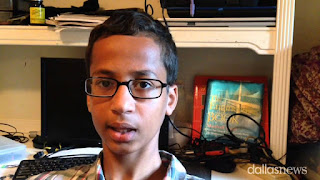 There is a moral apathy building in our nations and because nature abhors a vacuum - something will rise to fill it. I am not really liking what I see bubbling up through the corruption to fill that void either.