Up here in Canada if ya wanna own a gun ya gotta write a test to keep otherwise unemployable cod gobbling Newfies at the Canadian Firearms Center employed to prove you are smart and safe enough to be trusted with one. I did it over a decade ago and passed it easily; it was intended more as a rights grab than a cash grab - but Canadians pretty much told the liberal fart suckers where to go and how to get there on that one.

One of the big deals about the course is safe storage of firearms and I can see that - ya don't want curious kids getting into guns and ammo unless they are in the right setting for it. But one of the most lame justifications for safe storage was one that only your typical clot headed liberal idiot could come up with:

The idea is that ya lock the gun up in a cabinet, and lock the ammo up somewhere else. (I don't do it, nor does any gun owner I know). The reason ya do that, according to our liberal firearms experts - is that if ya decide to commit suicide or maybe knock off a liquor store - undoing all the locks will slow you down and give you a chance to think things through and maybe think better of it!!! HAR HAR HAR!!! I'm serious. Yeah, that's why our gun laws are largely ignored by most Canadian sportsmen. Safe storage my ass. Lock 'em up when the little ones are around or you're storing them for an extended period and in the real world, you're fine. When I was a kid there was a gun rack in pretty much every home and we knew we would get flogged if we played with our father's guns. 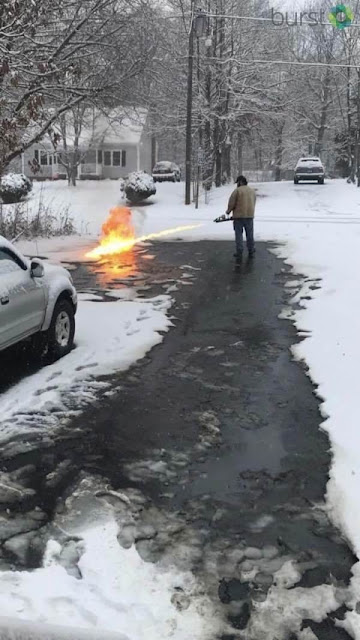 Maybe we SHOULD lock up our flame throwers as well.
Big kids can't be trusted either...