The other day I went to the range to decompress and shake hands with my rifles, which I hadn't seen in a long time. I had nice AR frankengun made for me awhile back, and my "light sniper" - a Rem 700 SPS Tactical. 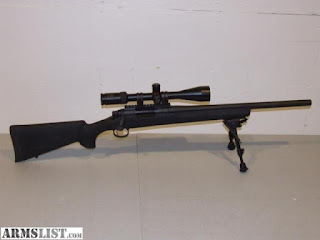 Don't buy one a these unless you are prepared to upgrade.

I was unimpressed with mine to be honest - but it was a low end bargain gun to begin with. The idea behind these things is that you keep the action, and slowly start swapping out and upgrading parts the same way ya do with an AR15. Mine had a chitty factory barrel so I got a Shilen match heavy contour 20" SS pipe, and have thrown a Swarovski 3x9 on it for now. I may get a Timney trigger on it and a proper stock one day too... who knows? Last thing I need right now is another money pit I suppose. 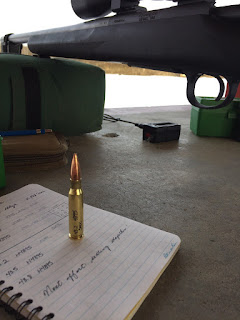 The day's experiment was to pit Hornady 168 gr. HPBT match bullets
against Sierra's version of the same.
Powder, primer and brass were the exact same for both,
only the bullets were changed.

I was a little shaky but the results I got showed the Sierra Match Kings to be slightly more accurate than the Hornady: by about .2~.4 of an inch at 100m. If you are out hunting medals and shooting for blood - that is quite a bit of an improvement. For turkey shoots against bums like Pete and Jack and Quartermain - the cheaper Hornady bullets are just fine. Velocities are around 2750 FPS and that's fine, I've burned up good barrels on targets before as I looked for the highest possible velocities - and I don't want to do it to this one. 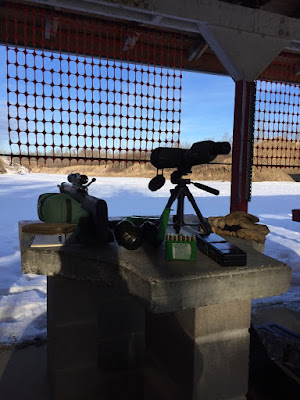 I am trying really hard not to like this rifle but I can't help it. I think I am falling in love with it! It's about as short as your kid's Daisy BB gun - and sure, it's heavy with that match pipe hanging off it... but you pick up on accuracy because of that. I wouldn't think twice about taking a decent shot at 300 yards. The problem I have now is that I am limited by that scope. There is no better hunting scope than a good 3x9 - and it doesn't get much better than Swarovski as far as that goes - but for punching paper I think I am going to have to break down and slap my 5x25 Trijicon on it. That is a big bejeezus scope with adjustable turrets and parallax. Putting a beast like that on a small light sniper might make it ungainly - so we'll have to see, I guess. Ya don't know until you try!

Having said that, I am going to bump things up a bit. One of the basic steps is to seat your bullets out as close as possible to the lands of the rifling - the idea is that the bullet has less of a jump to engage the rifling and gets presented to it truer - which means more accuracy down range. I had a Ruger No.1 in 25-06 that I would seat 'em out as far as they would go - and that thing shot like a Stradivarius. I've seen other rifles that could care less about seating depths. If I do that, I can't load from the magazine because the bullets will be too long. Everything is a trade off in this sport - and finding out what your gun likes to eat is half the fun.

We'll keep ya posted; that is enough gun nonsense for today.
Posted by Glen Filthie at 06:14