I Suppose Some Will See It That Way... 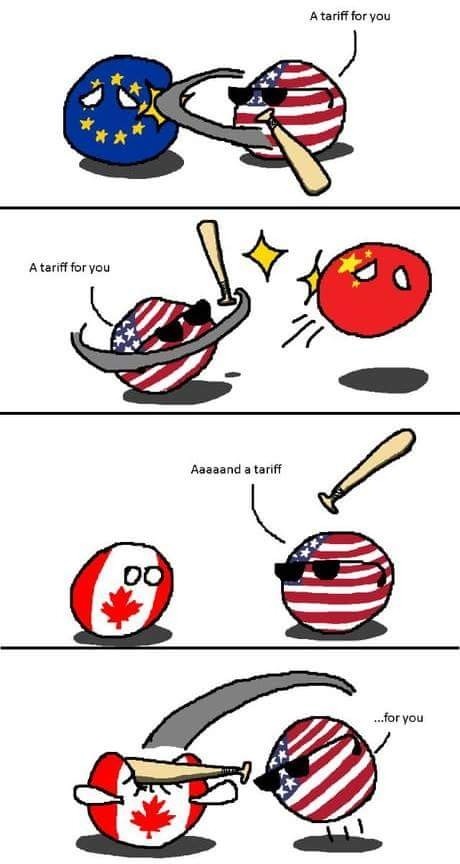 I am still LOLLING about this one. Up here in Canada we have some seriously virulent anti-Americanism going on. It's mostly posturing and virtue signalling liberals talking about stuff they don't know about. An example would be our media's conviction that our liberal gov't is going to put a boot up Trump's ass and teach him a lesson about foreign relations, NAFTA and policies. They've mouthed off at him, snubbed him and diplomatically given him the finger - so Trump is setting up a favourable partnership with Mexico instead, and pretty much ignoring Canada for the time being.

I think that is what grinds the gears of our liberal gubbimint the most. Trump pretty much ignores them and if they don't want to play ball - there are any number of other countries that do. Maybe when our idiot liberals get voted out we can get back in the game again - if it isn't too late.
Posted by Glen Filthie at 07:11