Well Thursday's a whole day away from the weekend for you working folks, so let's get this one started off right.

Here's one by one of my favourite gals - LeAnn Rimes. I'm sure it won't come as a shock to anyone to learn that she and I were a thing right up until recently! But she just didn't fit in with the boys at the retard school the rod n' gun club and I had to break off our torrid love affair. The fellas are deeply envious of my success with the ladies and it was just making for too much friction. That, and she was cramping my style. I still remember the straw that broke the camel's back: "Oh Glen," she bitched, "You seriously aren't going to go out on our date dressed like that?!?!? A lime green plaid shirt??? Seriously???"  Obviously little miss Rimes had some growing up to do!!! Here she is trying to make me feel bad about our break up:

Last I heard, she had shacked up with Quartermain.
The woman is a walking train wreck,
I tells ya!

Yannow I could be a song writer. There's something poetical about a lime green relationship going blue, right? I'll throw a few notes together and bounce it off a musician like TB (He's a savante on the gazzoo AND the slide whistle).😆👍

I've been told by people that know that say she is heavily influenced as an artist by Patsy Cline. Unfortunately Patsy was way before my time. But there's a bunch of good reasons that she inspired LeAnn.

What is that voice type for women?
Contralto?
She falls to pieces, and she stops my heart when she sings.


We take requests here at The Thunderbox, especially those easy listening tunes that make taking your ease easier - if ya catch my drift! HAR HAR HAR! The Taminator asks us to spin this one after viewing my scholarly post yesterday: 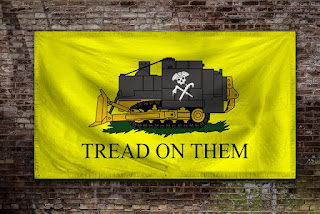 Is that the faggot teacher off Southpark?
It sure sounds like him...
Oh gawd - a tuba solo!!!
If that don't make your day, I dunno what will!

Today's gonna be a range day for me. I dug the National Match M1A out of the gun cabinet - King Peter has a new Sako in 7-08 and he wants a piece of me in the worst way. We are going to shoot it out tomorrow, like men, off hand, shooting from our hind feet. He may have a marginally more accurate rifle, and maybe I shouldn't toot my own horn... but there aren't many that can shoot from the positions better than I can. I've beat the local squaddies and the ERT guys and it takes a competition level shooter to give me the business. But ya never know, I've been coaching Pete and he's threatening to become a problem.

Hope you enjoyed today's fine musical interlude - and that you stop back again soon!