One of my favourite stubfart explorers is Slim Potatohead on OyTube. Here he parks the trailer and  tries his hand at winter camping - with mixed results. I love his critique of the MRE he ate. He's obviously a slack jawed limp wrist pussy - but he's trying, and therefore deserves a modicum of respect.

Ol' Slim made a number of very basic mistakes. He didn't layer up, he sweated, he shoulda taken his water bottle in the fart sack with him, he bought the wrong MRE's... etc etc etc.

Winter camping is actually a lot of fun - but you HAVE TO DRESS FOR IT. I shouldn't rag on Slim - he took a good shot at it. 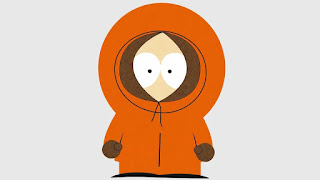 When we go out, we put on layers. Peel them off when you're active and prone to sweating, put 'em back on when you are parking your keester for the evening. You can't let yourself get wet or you're done. Having a campfire is also a must, IMHO, and a good part of the reason to go out in the first place. It doesn't take all kinds of expensive gear to enjoy a night outdoors in Alberta in the winter... but it does take planning and a little care.


Michael and Esme are champions of the Alberta overnighters.

If ya don't have an Argo or a UTV,
Dave'll show ya how it's done.

I've just started watching Dave. I swear I've run into him somewhere before, maybe at a rifle tournament somewhere...? He has a bunch of hacks for backwoods camping that look like they'd be a ton of fun to get into. He goes a little lighter than I do - but he knows his stuff and what he can get away with. I wouldn't try to go ultralight until you've had a few trips under your belt and a chance to test your stuff.

Either of those guys will be able to get you into winter camping  the right way so that you enjoy your trip outdoors, rather than just surviving it.