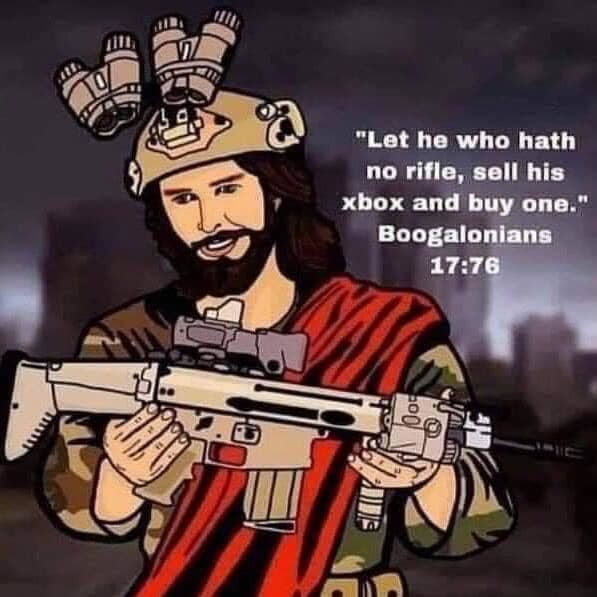 Gah! I simply gotta stop hanging out with the wanks at Gab!

I dunno where I stand on world affairs anymore. On that escalating chit show with Iran...I’d like to congratulate Mr. Trump and the Americans on their conduct. Taking out that terrorist mudflap, General Salami or whoever he is... welp... it had to be done. That guy has a rap sheet a mile long and you can’t do business with or around guys like that. Iran has been pulling this crap for years and it’s time for it to stop. There is no doubt in my mind that if Hillary Clinton had been president, Iran would have taken Americans hostage again or worse. I am convinced America’s best people are on the job right now.

But... I can’t help but feel that something isn’t right here either. The Iranians are masters of brinkmanship and their judgement of their enemies is admirable. They know weaklings and cowards when they see them. Unlike the Iraqies and other Middle East morons, They’re smart enough to play for the long game too. I get the feeling that something big is going on behind the scenes. There is something out of character in Iranian affairs right now; I simply can’t see them mistaking Trump for an idiot or a weakling like Obama or Carter. 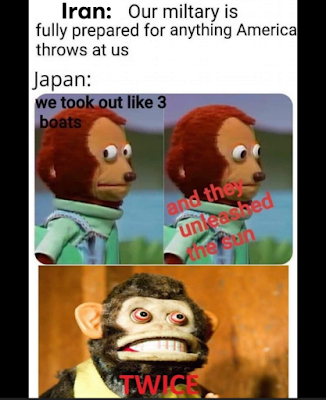 At home, America is being betrayed and undermined by the Democrats at every turn. They’re one red hair away from starting a Civil War. That’s not politics or a difference of opinion or a differing viewpoint going on over there... most of it is plain, simple, flat out villainy and bastardry. It’s growing increasingly obvious that they are going to have to be stopped at some point too. What is that going to look like?

You Yanks are in a very bad place right now and I just wanted you to know you have fans up here in Canada, and that we’ll stand behind you and pray for you in the days ahead. Do what ya gotta do and God Bless.