And of course, the wanks of Blab all go to work beating up the Boomer with the coffee mug. I like Scott, he is a good egg more or less. He has an inflated view of himself but a lot of these types of guys do. He made the term “cognitive dissonance” a household phrase… and I guess here… he shows us how it’s done!😆👍

He’s pished because his stock in trade is being able to see through the scams and lies our society is based on and dissect them with clarity and objectivity. He’s pretty good at it for the most part. But he got royally duped on Chinkpox… and on some level he knows it. He got so emotionally invested in it, that he can’t recant and admit he was taken.

The Establishment is starting to see the problem of Covidia Retarditis. The monster they created has gotten away from them. There are now entire cults, corporations and grifts based on it. Unchecked, they are going to create disunity, strife and catastrophic supply shortages in the economy. Somehow they have to walk this monster back… and are now slowly trickling out sanity in dribs and drabs. 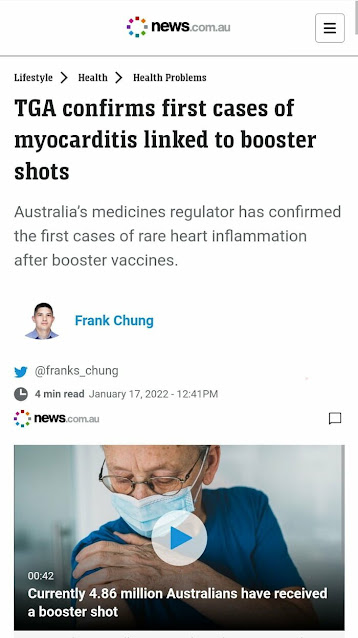 I am stocking up on beer and popcorn for this. For Scott Adams to have a largely unprovoked hissy fit like that… you really have to pish him off. When sanity breaks, and all the skeletons come dancing out of the Covid closet…there’s going to be a LOT of very angry people. If you think Adams is mad…General Aesop is talking seriously about shooting people in the face. Can you imagine the anger and rage of someone that lost family members, jobs, businesses and marriages because of this farce? They are going to be howling for blood, and I don’t blame them.

If I saw Justine Turdo getting lynched in the town square… I’d move to the edge of the crowd and watch the fun. If the cops questioned me afterward I’d clam up and claim to know nothing about it. I guess I’m mad too. When people see how badly they were scammed…some will be out for blood.

The only reason I picked up on this is that I have a background in the math and sciences involved. I suspected this farce the second I heard it. When they started pushing masks to deal with a virus, I knew something was up. I gave it a couple weeks, expecting the numbers and stats to start making sense…but they became increasingly more chaotic. I’d never seen mass hysteria before.

The point is - Scott shouldn’t feel bad about being duped. And neither should you, if you were taken. The guys that pulled this scam are really good at these things. They lie, they cheat, their accomplices in the institutions and the media give them credibility for capers like this…and they have been doing it for a long, long time. It takes a big man to admit he was wrong… and I think Scott will get there. Eventually.

This is a learning moment, folks. I don’t like this lesson either. I hope the gubbimint can walk this back peacefully… but that will require even more deception.

It’s a good thing they are good at it…

Posted by Glen Filthie at 06:46 No comments:

Fudding The AR And Other Hate Crimes 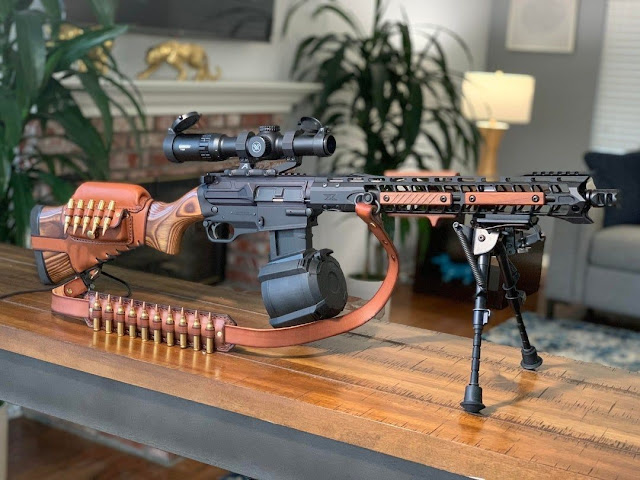 Good grief. This is just as bad as those butt-blasting trannies
who tacti-pimp lever action rifles!
These degenerates should be put in jail! 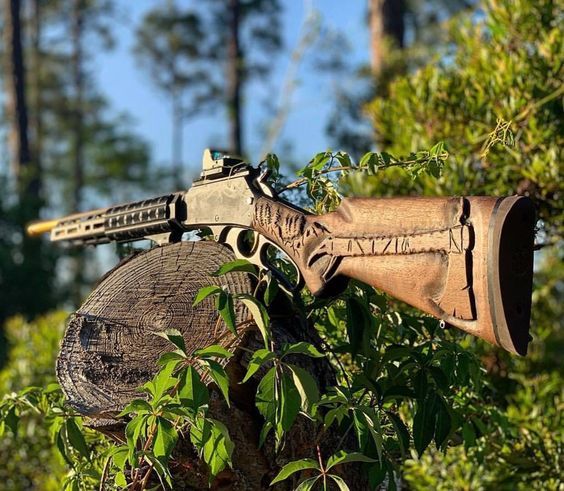 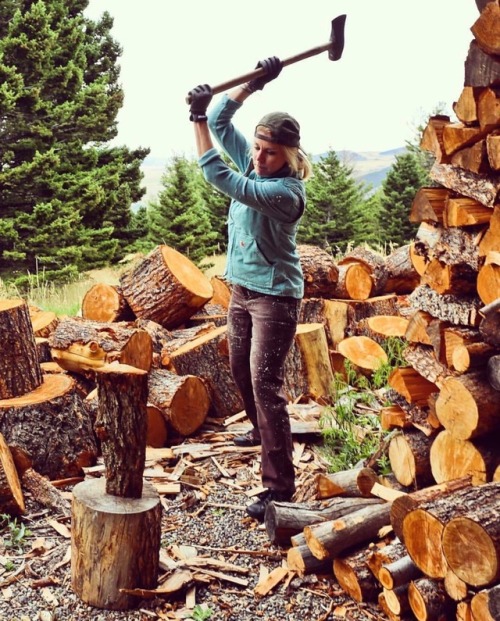 Posted by Glen Filthie at 03:00 No comments:

EDC - How Small Do Ya Go 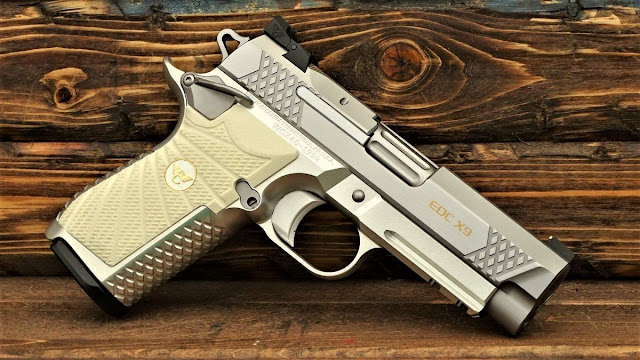 Living as I do - under a rock out in Stubfart Forest… I don’t have much exposure to the big city delights like urban outdoorsmen, diversity, recreational pharmaceuticals or white underwear. EDC for pistols is pretty much illegal in Canada and I don’t need to carry anyway. But if I did I’d probly want to go bigger than smaller.

I used to think that I’d never go shorter than a 3” barrel on any gun I owned. But I’ve seen a few guys shooting reasonably well with them… enough to reconsider that, as a matter of fact. And though I’m smitten with the Sig P365 and their competitors from Glock, Springfield and S&W… something like this would look much better on me.

From The Crypt Of Moldy Oldies

Y’know there’s nothing WORSE than when old farts like Kim du Toit start running their mouths about the music of their youth. He’s so friggin old and stupid, that he still thinks the greasy Beatles are cool. When he starts spinning the old vinyl LP’s… I double up: I put in ear plugs and then clamp on the shooting muffs over them. The 70s were mostly gay and lame, Kim - but you go ahead and rock on with the other geezers I guess! Those ruffley disco shirts still look great on ya!

When I sit back and think about it…if it’s okay for that fat old geezer to let it all hang out and make us hipper, younger trendsetters suffer for it… maybe it’s time to turn the tables!

Paul Janz had a few one-hit wonders and because he was Canadian… he got played to death up here. Just like Anne Murray, Sarah McBallgargler, Gordon Lightfoot and a few others.

At least I am smart enough not to shove this at the youngsters and insist that this stuff is still cool. In fact… I guess it’s well past time for guys like me to concede that my generation was pretty lame too. Put on your shooting muffs guys… and take your punishment like a man!

Gregory took me into the boards for a much deserved cross check and some high sticking:

So. Why don't you like the 40 S&W round? I shoot Them in my 10mm Smith. They are strong and accurate (at least to this old man and his shaky self)

By Godfrey... I may indeed have shat the bed on that one. Badly! When it comes to calibres I always tell folks to buy the old tried and true .45ACP/9mm/357/38 Special/.22 long rifle/44 Magnum. They are relatively cheap, readily available and fully supported by the gun marketplace. The gunnies have worked with them for years and years and they know everything about them from the reloading standpoint (except for the .22 - and to be honest, if you are anal enough - you can reload for that too!). I avoid exotic calibres like the plague because brass and ammo supplies can get disrupted with them and then, without any ammo... your gun would be a paperweight. I always lumped the .40 S&W in this category and only realize the error of that now that Greg brought it up. How long has that thing been on the market now? 30 years? 40? Jeebus, Filthie!!! Good grief!!! Ya think it might be time to finally take a look at this thing...? GAH!

Sorry about this chart - I couldn't figure out how to format it....

This whole cartridge came about because back when the FBI actually did law enforcement - they did it rather badly. They got in a pitched gun battle in Miami with some very well armed goblins and lost two agents and had five or six others severely wounded. For whatever reason, the Feebs decided their Sig P226s in 9mm were underpowered and they needed more jam to compete in these altercations. (I thought (and still do) think that they were full of beans - they returned fire with 9mm's, .357 magnums and 38 special guns... and the 9mm and .357 certainly DO have all the power needed to end a gunfight. Theirs was a training issue... but I digress).

What we have here is basically 9mm performance with bigger bullets. Or 45ACP performance with lighter boolits. Unfortunately for the Feebs, that comes with more recoil and I guess the new crop of crime fighters…. The vibrant little women and diminutive chinks couldn't handle it ... so after all the work of developing and issuing the new guns ... they all ended up going back to the 9mm. Now ya see why those guys turned away from law enforcement and became the secret police for the shitlib democrats, HAR! And why they go around nowadays arresting drunks and grannies and retards and dress them up as super villains, HAR HAR HAR!!! But the round caught on with other serious police agencies and the public - and it is out there in full force just like all the other tried and true standby's.

I suppose I probably should! My only issue with it is I like to shoot cheap cast lead bullets that I make myself. Cast lead likes low velocities. For target work, a 230gr round nose, poking along at 750~800 FPS is just fine. I get marginally better accuracy from jacketed bullets - but cast lead is just super for practice. Other than the 38 Special, none of the other standby common calibers will handle low power cast lead loads as  well as the good ol' 45. But that's just me. If all you are going to do is fight with the gun... the 40 S&W may be a good fit for you. There’s certainly nothing wrong with it.

Are any of you guys shooting this calibre recreationally? What are your impressions? I have heard complaints about recoil and muzzle blast - but that comes with the territory when you shoot serious ammo at serious targets.

As always, your two bits are sincerely appreciated!