Tales From The Timberland: The Fall Invitational Open Classic 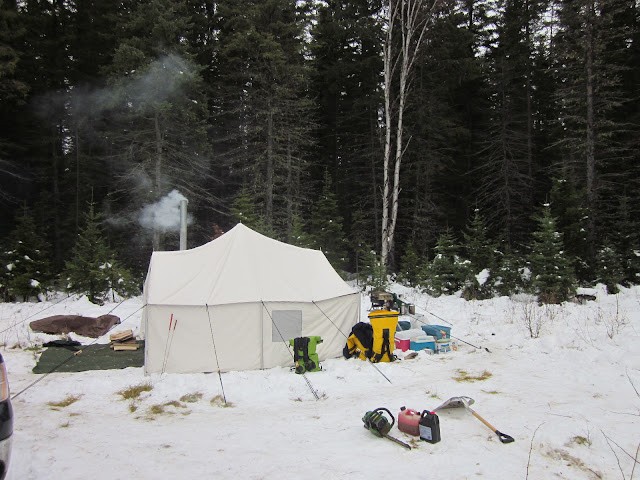 As I get older fall gets tougher and tougher. The back gets a little stiffer, it gets harder to stay warm and the things that used to thrill me - don't.

It never used to be that way. When I was younger, at this time of year I would be checking the zero on my hunting rifle, running through my gear and camping equipment, and obsessing over the hunting draws. Then it was out to the spruce/moose country for pre-season scouting, camping and maybe the odd pot shot at an unlucky grouse with the 20 bore as I walked the cut lines.

My peers in the game were hard core hunters that counted points, knew the regs inside and out - and were deadly serious. Baloney Bob was a case in point. He wasn't happy with the classic hunting calibres of the day so he literally developed his own. He had to order custom dies to make his own ammunition, and he paid through the nose for micrometer bullet seaters and other exotic reloading equipment. He was the typical Ukranian farm kid that grew into a tall, skinny man with arms and legs like Popeye The Sailor. The legend goes that one day - in country just like this, Baloney ran into a moose on a distant cut line. The swamp donkey high-tailed it before Bob could take his shot - so he took off in hot pursuit. You have to be careful in country like this; you can literally walk blindfolded into the bush 20 yards, take off the blindfold - and not know where you are. Bob started after that moose at 2:00 in the afternoon...and chased it through the deep snow for hours. A couple times he might have had a marginal shot, but wisely passed them up and continued the chase, hoping for a better one later. He was lost in the euphoria of the chase - and only noticed that the sun was going down in the late afternoon. And - he was lost. Night time in winter, in this country - is hell for those unprepared for it. Do not ask me how I know this. Bob knew it too...and slowly started retracing his steps and tracks in the failing light. This is around the time when rookies start to panic - but Bob kept plodding, slowly retracing his tracks. When he lost the light he stopped. This is when things get scariest - the temperature starts dropping like a stone, the panic bells are going off in your head and the darkness closes in around and chills your soul. The only thing standing between you an your maker is mother nature...and she is anything but motherly at night and cares absolutely nothing about you. You are at the mercy of Darwin, Murphy and God.

Fortunately the trail head was up on the ridge and Bob's friends started a roaring blaze. As the darkness settled, Bob saw the light and was able to finally plod in around 8:00 PM when things were pitch black. The mental aspect of such a mishap is almost as exhausting as the physical aspect, and Bob almost collapsed when the boys asked if he wanted a smokie or a drink of whisky first. The boys scolded Bob and gave him the very hell of it - if he HAD shot the moose, they would have to butcher it and pack it out! Who wants to do that in the middle of a winter night, through miles of snow?

A lot of us that hunt have our own version of that experience and some of us even learn from it. 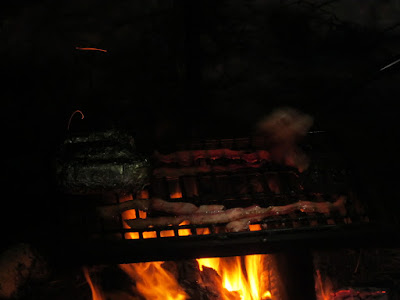 Pete The Meat's Hotel Bar & Grill Is Open For Business. The food was stellar but the waitresses were a huge disappointment
Old age started catching up with me in 2012. A running accident left me with chronic back pain. The spontaneous 6 mile runs that I used to hate and love were a thing of the past; I had my hands full just walking the dogs their 3 or 4 a day and they left me in shearing pain. But God - how I still wanted to hunt and camp. I fell in with some more hard core hunters that literally disappear down the river in canoes to go after elk - and live off the land. They have water and a little food, minimal equipment and often their hunts - while successful - turn into exhausting ordeals. To get the old farts out they bought the big outfitter tents, packed the gear and the food and the whisky and all the comforts of home. They called it 'The Fall Classic' and invited elderly celebrities like Yours Truly along. 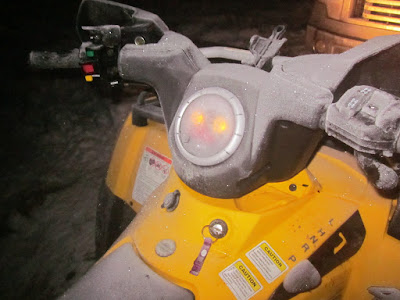 Ya wake up fast in the morning
Sure, everyone thinks you just jump on the ATV, ride the cut lines until something crawls out of the bush - and ya shoot it. Easy, right? Even if it actually worked like that - it's unsporting as hell. I know, every year slob road hunters hunt this way but in my experience? The critters get wise. I would ride ol' Yeller into the trees, park it ...and start walking. I've seen animals while riding the quad but the second they see me - they're gone. The only way I personally have ever gotten a good solid shot was by walking and stalking. Mind you - I am very picky about my shots, and when I pull the trigger on a moose or deer - it's a done deal. I get close, put them down with one shot - and that is that for that!
Pete and the boys were extraordinary gentlemen too. When I packed for this hunt, I somehow forgot my field chair. I tried to crick out my aching back on the first night but just couldn't do it. I fidgeted and fretted trying to sit on logs, I stretched - but my old back was on fire. I kept quiet but knew if this kept up - I would be headed home the next day. 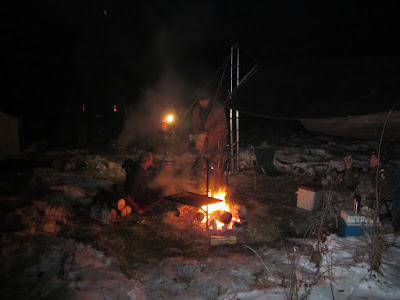 Gods Of The Hunt
Chris knew I was battling chronic back pain, so he offers me his chair, pulls a ground pad out of the gear and flumps down by the fire. He pulls up a couple logs to improvise a back rest/pillow...and sighs in contentment. He thought nothing of it; but for me it was an act of kindness I will never forget. Younger men cannot imagine my relief as I sat in that chair. The pain in my back was at around a 12 out of 10...and when I sat down in a proper chair it dropped down to about a 4. Such are the joys of getting old. Once my back permitted me to move again, I dug out a bottle of The Edradouer scotch. 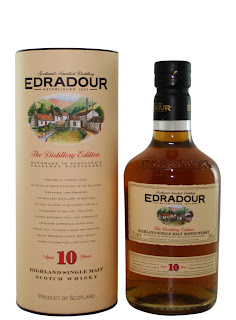 For Life's Little Victories
This scotch is produced in the smallest distillery in Scotland. I had literally hunted high and low for a bottle of this without success - for YEARS. The information I had was that the distillery was literally run by three guys with some local part time help on the odd occasion. When I finally did find a bottle, I packed it along for this hunting trip. I offered Chris a dram and orated, pontificated and bloviated about what an opportunity these fortunate men were about to have in being able to sample one of the most scarce makes in the industry.
Chris took a swig, said "Yechhhcchct!!" and threw it on the fire. Pete and Rick did the same! "You are all BUNGHOLES," I declared. Can you imagine the bloody NERVE!?!? But the swine just shrugged, and went back to snorting spiced rum and coke! I snootily tipped my own glass...and to tell the truth...this scotch was no screaming hell at all! If you see it by all means grab a bottle - but the verdict from this old dirty whisky drunk is what it is. You may like it - but I will use it to sauce the liquor pigs and reserve my better stuff for more sophisticated company! HAR HAR HAR!
The boys tell me I'm welcome at the fall classic this year but I am going to pass. My hunting days are over and not just because my back...to me, the thrill of the hunt is old hat. This is a game for younger men and it is time for me to move on and seek other pursuits that might offer new experiences and things to learn about. I will always love my hunting days and the friends I have met...but this year I am staying home.
If you are still young and strong and in the game - I hope you got your draws and wish you the best of luck in the 2015 season! I will take a couple pounds of burger if you can spare it!    ;)
﻿
﻿
﻿
Posted by Glen Filthie at 08:02