The Alpha Male & Pick Up Artist 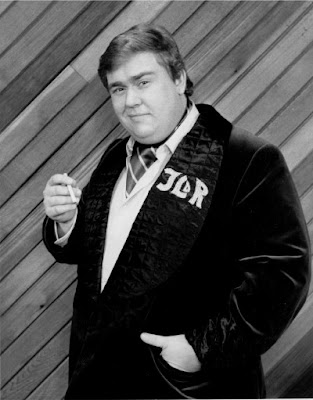 Behold the Manosphere, bitches! If the patriarchy is dead - then by God Almighty - chivalry is too!

Supposedly these manosphere guys are respectable role models for our young men to emulate in these troubled times of rampant divorce, feral womanhood and rabid feminism. There are any number of wise elders in the manosphere (or the manuresphere, as it is beginning to be called) that can help us unmanly types get ahead of the game. Vox Day is one of the best from an entertainment perspective. He assigns greek letters to all the manly character types - apparently being a 'Gamma' is the worst. (I got banned from his site when I snidely pointed out that his own son was a 'Gamma' by his own definitions, HAR HAR HAR!). That boy doesn't know a damn thing about being a man, he absolutely hates men that are smarter than he is... but he does understand the batshit crazy women we have these days. He also knows how to deal with them. Roosh is another whom I jokingly refer to as the Pied Paki Of Pickup Artistry. Last I heard, he's in a flather because some crazed bitch threw beer all over him at a nightclub, HAR HAR HAR! I dunno what his problem is, women have made something of a tradition and sport out of pouring out their drinks on pigs and cads. (It's never happened to me but you would be correct to suspect it). He's a poseur... But he'll learn ya everything ya need to know about 'gaming' women, and getting 'em in the sack for a quick 'Pump-N-Dump' - and he'll show ya how to throw them away afterward! Ye gods!

Uncle Bob has orated, pontificated, and bloviated about how there is no such thing as the Pick Up Artist or the Alpha Male. He uses different definitions when he lectures, and I think sometimes that leads to confusion amongst his fiendish foolish fans like Yours Truly. I say there IS so such thing as an alpha male - because I was friends with one for years.

My role models growing up were Pop, his friends and pals and they all did the Manly Arts: they coached hockey and baseball, they were tradesmen and white collar men and they all had successful marriages. When Larry The Lounge Lizard entered my life, I didn't know what to make of him. He was much younger than my Dad and his pals, and he was my boss on my first job out of school. At first we fought like cats n' dogs. I was a technical wank in a sales/product specialist role and to be honest, like all new grads I thought that I knew everything, that my chit didn't stink, and that salesmen were only a marginal improvement over child molesters. And - that Larry The Lounge Lizard was an asshole. After a few skirmishes I quickly found that I could either try to get along and play ball with Larry - or quit. So I tried to play ball.

Larry, in spite of his numerous flaws and virulent psychological problems - was one shrewd SOB. He started teaching me everything I needed to know about professional technical sales. He instantly forgave all my previous sins with him and concentrated on making me part of his team. I learned which orders to disregard from my managers, and I learned when and when not to tell white lies. We misrepresented ourselves to customers. We cut corners. We withheld information. To non-sales type people this is all damning stuff...and sleazy conduct. Hell, I said that to Larry myself and I can hear his rebuttal to this day: "Listen, Junior. We are here to sell stuff. To do that, our customers, our managers, and we ourselves all have to be happy. As you know, our management is infested with childish, stupid men with egos. Some of our customers are even worse."

"The shortcuts we take, the little white lies we tell, the deviations from standard procedure that we take - all of that is aimed at keeping customers and managers happy - and putting money in OUR pockets! So - we can do anything we want as long as everyone benefits, everyone is happy and nobody gets hurt! Or, we can stir up chit with the wrong words at the wrong time, piss EVERYONE off and have them mad at us - all for the sin of being 100% honest! Oh - and we'll lose our jobs not long after that!"

Anyone in the business end of things has seen it a million times: Deals worth thousands or hundreds of thousands go bad because the players start fighting over stupid chit costing nickels and dimes. And so it was that Larry literally ran our office in Edmonton and the branch manager just went along for the ride - and I did too! If a dog fight was shaping up, Larry stepped in and soothed ruffled feathers. He understood how to approach industrial clients. He would literally show up in your office, do the banter and then tell you how he was going to make you more productive, reduce your maintenance problems and offer to design your system for you. And, of course, he had already talked to the other key players in you company by that point...and all you had to do was sit back, cut the PO's, and let Larry The Lounge Lizard handle the rest! When we lived up to that, getting a second order from you would be child's play.

THAT is what an alpha male really is. A leader, (a real one, not the legions of poseurs and pretenders in the Manuresphere and the workplace) - cares about his team and its success. Top notch sales professionals aren't born - they're made. It's not a fast process either, they are made by starting off a newbie slowly by co-managing the bigger accounts. The newb has to learn to speak to groups of people, he has to learn how to manage the hecklers and hostiles in the audience, and he has to be able to make mistakes and recover from them in order to learn. You could never make Larry mad enough to lose his chit - he always had his eye on the ball, and he lived and died by "an eye for an eye, a tooth for a tooth". We have seen that old nickel played out in game theory too: humans that find that they can take advantage of others invariably do. The only way to deter them is to give what you get - kinda like 'Do Unto Others' in reverse. My concept of the apha male is that he is not feared or even necessarily respected - he's the guy who makes the decisions because everyone else trusts him...and that was exactly the kind of man Larry was. He was always upbeat, he was always ready with a stupid joke, and when problems cropped up it was usually Larry who tackled them first.

We literally built that company from the ground up. Eventually Larry spent his time targeting new customers and I handled the ones we were already established with. The management soon learned that when they saw discrepancies in our inventories and paperwork - they weren't to ask questions because we were up to some monkey business that they did not want to get involved in or know about. As long as the money was coming in, and the discrepancies were eventually dealt with - all was well. When questions arose, Larry got involved and showed me how to solve them. I started joking with and harassing the customers the same way Larry did - and had a ball doing it. I chatted up the women like a cad. I tormented the guys ruthlessly - but when it came to business we always came through. When economies explode, and good people are hard to find - that counts with customers. Contrary to what you might believe - a real honest to God sales job is pretty tough to beat and real alphas do well. We horsed around and indulged in juvenile behaviour when we could but we always worked like demons when we had to.

Our company (Dildonics Ltd - names changed to protect the guilty) was run by the Weiner Family. Frank Weiner was the CEO. Craig Weiner was the national sales manager (and a notorious liar, thief and a cheat). Dave Weiner was our branch manager. We delighted in tormenting the Weiner Children (as we disparagingly called them behind their backs) and I found that the best way in the world to annoy your boss was to walk in, put your feet up on the desk - and wait for him to flip out!

Dave was talking to his father one day on the phone when I did just that. "Hold on, Frank" Dave said, he never called his father 'Dad' at work. "One of the salesmen just came in here grinning like an idiot and I think he's either drunk again, or has something  to say..." I contemptuously threw a PO worth $130,000.00 on his desk. Old Frank was mightily impressed. "Way to go Filthie! Looks like you are the lead salesman this month...!" At which point, Dirty Dave pipes up "Yeah...he did alright I guess...but had I handled this one, I would have made more money...". The place veritably rang with good natured jeers, laughter, insults and cat calls. Just as we were getting ready to let Frank go - Larry walks in and the bragging and insults start all over again. "Well, Junior, I hate to piss on your parade - but I can't resist!" With a flourish Larry throws down a package we had just won with Syncrude up in the Tar Sands - about $175K for the first phase alone. The project was estimated to have three phases total. That started another round of monkeys flinging feces about and shrieking at the tops of their lungs. I never had that much fun at work again in my life. They were great days.

Unlike Larry (or even Uncle Bob over at the Treehouse) I never became an 'alpha male'. I simply don't have the drive or the patience or the maturity for it. I'm lucky if I can think two moves ahead whereas those guys are a half dozen moves ahead before they even light the afterburners. Those guys are also ruggedly handsome; I am getting the build of a Franklin stove and my visage has been known to cause nightmares for pretty girls. I don't care...I'm happily married...but I can't speak for the wife! HAR HAR HAR! If some idiot like Vox Day wants to call me a beta or zeta male I suppose there is no harm in it. But for me - I know what an alpha male is, and it has been my pleasure to know more than my share during my life.

Tune in later this week when I try to undermine and betray Larry The Lounge Lizard in his pursuit for love and happiness - and I receive my just comeuppance!
Posted by Glen Filthie at 16:21