As the self proclaimed King Of The Manuresphere, my life is not all fun and games. As an old world conservative living in a world that is going relentlessly fascist and socialist - it falls to me to maintain discipline within the ranks, and render unto our politically correct overlords what is theirs by fiat if not by right. It is not a duty I take lightly, nor will I shirk it - no matter how unpleasant it gets! The first offender in the docket today is Vox Day with this heinous thought crime:

EXHIBIT A:  HOW THE WEST WAS WON 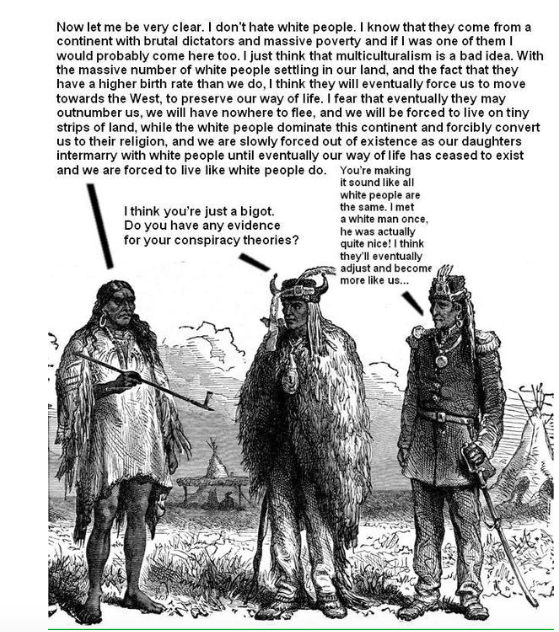 During the stop, officers found 2.7 grams of methamphetamine under the driver’s seat and arrested the driver, identified as Gabriel Garcia, 30, on a charge of possession of methamphetamine in a drug-free zone. Police say the stop was within 1,000 feet of West Elementary School.
Another 29.5 grams of methamphetamine and a set of digital weighing scales were in the female passenger’s purse, Swanton said.
Ashley Cecilia Castaneda, 31, was arrested on the same charge, but while being transported to the McLennan County Jail, she reportedly told an officer she had a 12 gauge shotgun lodged inside her vagina.

Officers stopped and called for a female officer, who retrieved the gun. The shotgun had a round chambered and a full magazine of shells, Swanton said.
“It was a safety concern for the victim who had a loaded firearm inside her body,” Swanton said. “Depending on a number of factors, that gun could have gone off by body movements or compression of the trigger.
“People have asked us, ‘Why are you even telling us this?’ The reason is because we want people to know this truly does happen,” he continued. “That was an extremely dangerous situation for everyone involved.”
Castaneda was also charged with unlawfully carrying a weapon.
Castaneda and Garcia remained in the McLennan County Jail on Tuesday afternoon in lieu of $31,000 and $10,000 bonds, respectively.