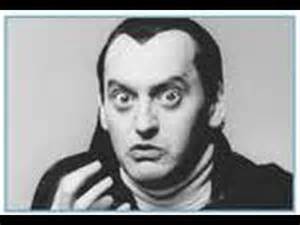 It's called "critical thought" and it blows me away - the number of supposedly rational adults that aren't capable of it. I learned how to think critically on the wrong end of the licken stick. Actions had consequences. You can choose your actions but you can't always choose your consequences - so watch out!

It also used to be that a goodly part of science fiction was about making people think about social issues today - and extrapolating their possible consequences and outcomes far into the future. One of the first SF yarns of this type was written by H.G. Wells - he of the "War Of The Worlds" fame. One of his lesser known works was a 'Rip Van Winkle' novel entitled "The Sleeper Wakes" and was written in 1898. The book postulated villains that used 'the negro police' to subdue the white population and enforce the order of the plutocracy. You can just imagine how that might have been chilling to a titled Victorian gentleman of wealth and means in a rigidly structured class society.

SF went off the rails in the late 1990's; the faggots, feminists, socialists and liberals hijacked the genre, it went for a shit...and sales dived. It was literally taken away from people that DID think - and given to mouth breathing cretins that didn't. Today it consists mostly of a bunch of sexually disturbed flinks writing degenerate fiction for other sexually disturbed flinks. Well...there's that, and the endless sequels to Star Wars and Star Trek, none of which is fit to read for a rational adult with a triple digit IQ.

May I submit, for your delectation, ladies and gentlemen - the chilling story of post-social-justice America...a dystopian future where racial tensions are finally solved...once and for all! Four words for this brief yarn: BEST. SHORT STORY. EVER. (Or at least...in a long, long time)...


This short story, an old school masterpiece, is also accompanied by some stellar social commentary at the blog I stole it from:

And the post from which this is excerpted is here:

Be cautious with the Curmudgeon Emeritus - the old bastard bites and doesn't suffer fools well.