Ass Holier Than Thou

Vox poops the bed (again), HAR HAR HAR! Apparently he speaks for God now. When one of his BFF's corrects him in the comments, he doubles down on stupid as he always does when proven wrong. LOL, hilarity ensues as his fan girls weigh in.

Unca Bob slips on a banana peel whilst interpreting biblical myths. I think Moses wandering round an inhospitable desert was an effort by the story tellers to create a metaphor for a group of people that were separated from their morality and cast adrift with no moral compass - but what do I know?

My biblical and theological studies began when I was about four or five. Back then a lot of people still took religion very, very seriously. A lot of people became very, very opposed to it too - and my own mother hated bible thumpers with a passion. I still remember how she slammed the door in the face of some sanctimonious holy rollers that were going door to door to scold and shame those that had no interest in their faith - and try and save them from a life of sinfulness if possible. When I asked her what was wrong with being a whore and a fornicator I got my arse beat. When I asked Pop what those words meant and how they applied to Mom I got my ass flogged again! (This was before stupid people discovered that spanking kids was actually child abuse! HAR HAR HAR!). I wish I could remember what Mom said to those holy rollers to make them call her names like that.

I remember the summers of my youth as being long, sun-drenched days that I spent searching for returnable bottles and getting beat up by my older brother and his friends. I was by no means guiltless, I thought nothing of beaking off at them at the drop of a hat... and calling them whores and fornicators. (I got another spanking when my brother and the neighbourhood kids started using those terms even though none of us were old enough to know what they meant). All we knew was that they could earn you a spanking if said in the wrong place - so they had to be a horrible insult! On really boring days when my brother's gang were in a sporting mood - I was often given a 10 minute head start in which to run. They always found me and I always got lumped on - until one day God himself intervened. We were playing our usual version of The Hare And The Hounds and I was hopping fences and running across yards in order to make my escape. I scrabbled over one fence after another, oblivious to common courtesy, trespassing laws, and even the presence of mean dogs in certain yards. And - one day, I took a different route, flopped over a fence - and landed in an informal bible summer school.

It was awesome. Like Charlie Brown I had a little red headed girl that I had a secret crush on at the time, and she was there. A couple kids I knew from school were there too. The ladies putting on the school knew how to deal with little ones too. The games were fun and I learned some really low level Christian values like 'do unto others' and that sort of thing. They tied up scripture passages to a version of snakes and ladders which was a game I loved as a tyke. I huddled in amongst the other kids as my brother's gang scoured the neighbourhood looking for any sign of me. God had smiled upon me; I had a great place to hide from my brother and his bullies in the morning and in the afternoon I went hunting for returnable bottles to cash in - the bigger boys were usually playing ball in the afternoons.

Eden came to an end when my hiding place was discovered. My mother was a hard core liberal that regarded all Christians as sanctimonious twits (Mom, call holding for you on line 2 - it's Vox Day...). To hear her describe it today I was getting brainwashed and indoctrinated by the Hitler Youth! I was told that if I went there again I would get another spanking! No, Mom wasn't a whore or a fornicator - but she was a real liberal shrew on occasion. And I was a disobedient little turd that got spanked when I tested her on it too!

This fall, before my snowbird parents went south for the winter I made a comment over coffee that those sanctimonious holy roller f-tards of my childhood are all gone. Today, they are homosexuals, social justice warriors and green freaks - and my old bitch of a mother punched me in the shoulder with those bony little 'old woman' fists. JEEEEEZ!!!! - that hurt! I would rather get punched by Unca Bob or Vox! At least their knuckles would be a little blunter and wouldn't bite in like Mom's! Old women have very sharp knuckles!

Today I am an unrepentant chit house Christian. I admire their family values and I tend to detest the same people they do. I am not a fundamentalist - but somebody had to light the fuse on the Big Bang and I would like to think they had reasons for doing so and reasons for including me in this cosmic, farcical gong show. 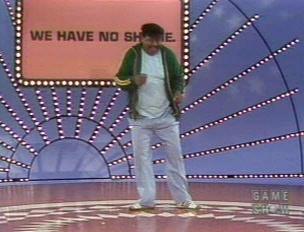 If I have a patron saint, I suspect it's St. Gene. Most of you degenerate idiot youngsters won't even know who he is, and what a cultural loss his passing was.
I love NOVA. There are a metric ton of other educational shows dealing with astrophysics, particle theory and other sciency goodness. I love them all and years ago I still retained enough math to follow along with the physics theorists. When I ran into quantum physics I gave up on trying to keep up. That stuff going on at CERN is BFM (Black Fuggin Magic). God particles? The Higgs Boson? GAH! If those particle physics wanks are right - God is pulling a fast one of biblical proportions on them and the rest of us! I we smart enough to get the joke? 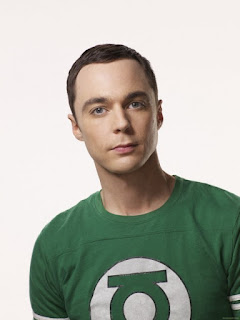