One of my favourite manosphere bloggers orates, pontificates and bloviates regularly on the importance of play to young boys. He's absolutely right to do so. We've seen the young fella that got suspended from school and sent home in a police squad car because he chewed a pop-tart into the shape of a gun. Or the kid that got expelled from school for having the empty brass case of a fired rifle cartridge at school. (It turned out later that he picked it up after they fired the final salute at his father's funeral. His father was a squaddie that fell in Iraq). And we see the doping with drugs like Ritalin so that slovenly teachers and parents don't have to put up with the high-energy BS that growing boys tend to produce as they grow up. The results have been dismal too - the faggotified beta males, the 28 year old cellar dwellers, the shiftless young men addicted to porn, video games and drugs. It reminds me of a TV interview of Mike Judge long ago - the creator of Beavis & Butthead. 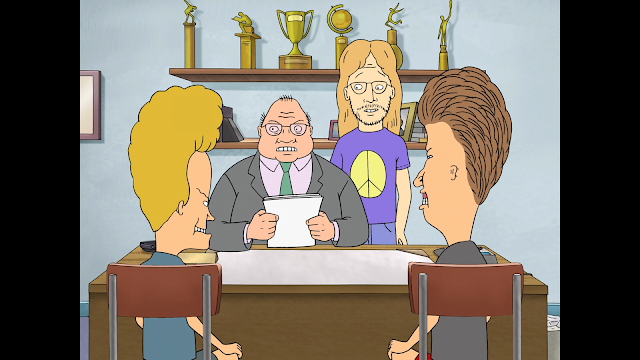 "If you're not careful, America, and you keep doing what you're doing, the Beavis and Butthead you laugh at today will be your children that you have to deal with tomorrow..." - Mike Judge
20 years ago these guys were tasteless comedy. Today this scene is common reality.

When asked why he created the pair he told the journalist it was done as a warning to America. That was back in the early 90's. Back then I was in university and up to my arse in assignments, projects, lab write-ups and cramming for mid-terms but when Beavis and Butthead came on - my study group dropped everything, decompressed and we laughed like loons. Today? Those two disturbed young men are a dime a dozen. As are the effeminate greasy hippy teachers and feminist chubsters that created them, and the stressed out principals that are watching America's hope and future rot on the vine.

Feeding the inner child? Or the inner idiot...? Done properly - it's all good!
I love the kids at Flite Test and have bought stuff from them - they are business savvy young men that love what they do and it shows. Proper play is essential not only for young and growing boys but for us older pups too! This is the kind of stuff I tried to push at my kid and her friends. There is so much unhealthy pressure on kids (and adults) not to think. Booze, drugs, an aversion to work - all these things are fallout from the liberal left. Justin Turdo thinks legalizing pot is a national priority and a matter of personal rights. He and his ilk are nothing more than moral and intellectual cripples. I would think getting kids to find something constructive and challenging is far more important. It is not prudish or sanctimonious to tell kids to find something better to do with their money and time - but as adults we need to walk the walk as these kids are doing. But we are so lazy, so afraid of hurting their feelings, so obsessed with being their best buddies and pals and BFF's...that we spend our energy on that rather than showing them a better way...and walking it with them.  Hey, old farts - don't tell me that video didn't reach out and poke that inner 9 year old that sleeps in your subconscious? That or something like it would be just the ticket to kick your son in the ass with, make him sit up and notice and get in the game. There's other stuff, it doesn't have to be RC - but it should be fun, challenging and it should be something tough enough where if they don't give 100% - they fail. Failing is good - it dispenses with the lazy and motivates the worthy.

Last summer out at the RC airfield Scottie The Retard showed up on one of his rare visits. We all love Scottie, because he is a real life version of Forrest Gump. He is not as rich or dumb as Forrest...but he is missing a few bricks and we all help him when we can. In any event he had drafted one of his action figures for jump duty and had cobbled together a rudimentary parachute for it. All we had to do was get it up there about a hundred feet and dump him out to make the drop. It's harder than it sounds - unlike the kids at Flite Test all we had was rudimentary field kit and tools to get the planes running. We all threw our heads together and came up with a solution - we dug a beer can out of the garbage. Rick cut it in half and attached it to the wing of his most stable trainer plane by knotted rubber bands. The intrepid paratrooper went into the can and was sent aloft and when he got to the right altitude - he inverted the plane and the paratrooper bailed out! No permanent mods, no plans - just a simple elegant solution to a problem only boys could have. Rick did a number on it too - he got well over 100 feet up and the paratrooper fell out - and hung on the winds forever. He finally came down on a golf course fairway about a half a mile away - but Scotty got him! We were all mightily pleased with ourselves and Scott's success when Fearless Flaps' girlfriend opens up and reminds us all that we are adults - grown men...playing with parachutes and 'action figures'! At first we all looked foolish and sheepish but the more I thought about it, the more I thought 'And to hell with you too, chickie!' Watching that action figure with his string and bread bag parachute made me feel exactly like I did when I did it myself over 40 years ago. Even the old timers were smiling and hooting with delight! So what if we were acting childish? We were having fun. The microprocessor principles that work in our radios are the same ones that run your cell phone lady - only the algorithms and complexity is changed. The receivers in our planes communicate with our radio inputs the same way your cell communicates with the local grid. While you are bickering and chattering with your friends via text messaging, lady - we are running machines at distances and speeds and vectors which most women don't even understand. The basics of telemetry and and data acquisition are a cornerstone of our modern civilization.

It's the way of it though, isn't it? There used to be a cough medicine commercial on TV where the fella comes down with the flu and starts acting like a sick baby. His wife throws him a bottle of Nyquil or Vicks in disgust and then the fella goes to sleep like a big baby. Yeah - I know, it's TV...but here in the real world, I have seen women turn into hormone crazed BRATS when they are having their "monthlies". And lord help the stupid sumbitch that dares to laugh or joke about it too! I've seen women use it as an excuse to act like children and even take time off work.

How is it that us guys always get accused of being immature? 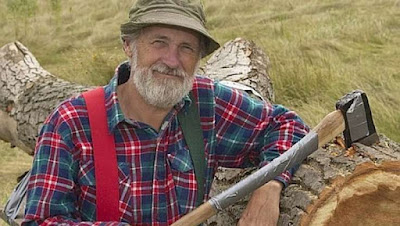 "Ya can't stay young, but ya can always stay immature..."
When I was in school, I watched Beavis and Butthead all the time. Ol' Red kept me going too when the workload at school bordered on the insane. I kept dreaming of living in a tar paper shack like Possum Lodge, with an outhouse, and a gaggle of men as foolish and silly as I am and having the time to indulge a project like making a surf board out of a patio table, and trying not to get killed by experimental machines that served no useful purpose.
I wonder if that trademark phrase of Red's isn't more applicable to our women these days.﻿
Posted by Glen Filthie at 06:24