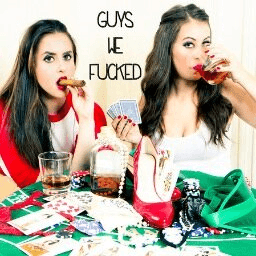 I love these women. Indulge my inner pig, ladies...
Apparently these two are feminists/sluts/comedians that have the fan girls over at the Return Of Kings in a flather. They're ruining the world or something. I'm sorry but when I saw these two I just had to laugh. The chick deep throating the cigar, guzzling whisky, the table littered with cards and junk, the arrogance of the piglettes...HAR HAR HAR! That one woulda been funny if it was the other way around and had guys doing it.
I dunno these two chicks from a hole in the ground and I've never heard them speak. But I do know that one of the biggest problems facing liberals today is their almost total and complete lack of a sense of humour and wit. Humour and laughter are devastating political weapons which is probably why they have gone to such lengths to criminalize it - and given that leftists can't do anything right, all they did was open themselves up to more rude jokes, ridicule and derisive laughter. I remember somewhere reading that now in Canada - even laughing at a rude joke can be construed as a hate crime and is referred to as 'Inappropriate Laughter'. Supposedly it's punishable under the law. And of course the first time it was tested in court the judge threw it out for the crap it was. Sometimes the good guys do win I suppose.
Sometimes, in spite of themselves, lefties can set the stage for potentially lethal comedy. I'm looking at that picture above and if it were done right it could have men and women LOLing in the aisles. I suspect, that like most lefty attempts at humour, it would just degenerate into an unfunny rip on men. Whatever, I'm not wasting my time with it.
The CFBC (Canadian Fuggin Broadcasting Corporation) used to be a veritable fountain of toxic Canadian humour before the Age Of Social Justice And Bed Wetting. John Binder was absolutely demented on Bizarre. Super Dave Osbourne and Fuji Hakiyito spun off from that - I still remember their best variety show score: Super Dave got up on stage and announced the next act as being KD Lang... and the crowd mumbled and puzzled when a five year old child prodigy walked out on stage and put on a flawless violin concerto that left everyone stunned. The little virtuoso  deservedly got her standing ovation and when the applause finally settled, Super Dave came out and cleared up the confusion. He sheepishly explained that like all Chinamen Fuji had problems with L's and W's and it turned out the little violinist was not KD Lang...but KD Wang...!!! HAR HAR HAR!!! HAR HAR HAR!!! 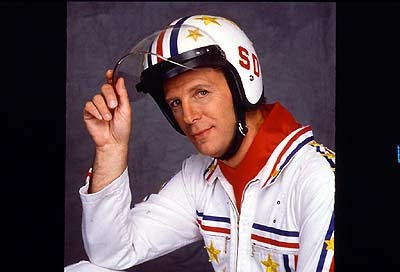 Would the world's greatest stunt man have the courage to defy the legions of humourless social justice warriors and politically correct flinks that infest our media networks today?
When the CFBC fell to the leftists, the first casualties were the comedians. Wayne And Schuster, John Binder, Super Dave and Fuji - all gone. They got replaced by fat, unfunny chubster pigs like Mary Walsh and effeminate sneering flinks like Rick Mercer. I had a brief moment of hope when they announced a new sitcom entitled 'Little Mosque On The Prairie' that would have a tribe of Moslems living right here in Alberta. Good Lord! The comedy writes itself: Mudflaps! Rednecks! Imagine the potential mayhem and Laff Riot!!! But instead, the show was bland, boring and ruthlessly politically correct. I don't think it made even one season. I sat through half an episode and turned it off in disgust. The political left has become mentally ill over the course of my lifetime and I feel sorry for them. I remember up here in Canada, a stand up comic was getting heckled by a couple dykes. When he mocked and derided them right back, they sued him into penury. Fuggin lesbians are telling us what jokes we can laugh at? I don't think so. We have a judiciary that seriously needs a fast trip down the nearest crapper. 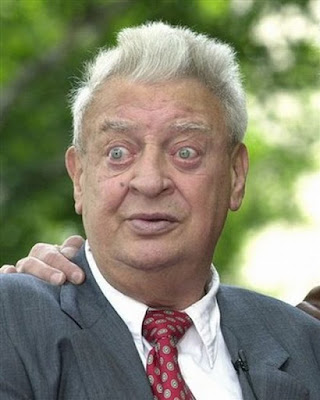 When asked why he was so ugly by a heckler, Rodney replied "Because you're fuggin contagious..." Can you imagine the fallout if he said that today to the wrong hairy chested feminist, sexually disturbed trannie, or some vibrant baboon?
﻿
When I think about the encroaching loss of free speech I think about the dangers of a puppet media dancing to the tune of a corrupt gov't - which we already have for the most part. But I never really thought about the loss of our sense of humour. The loss of the right to speak my mind is bad enough, but the loss of comedy? To appease marginal, worthless degenerates and poisoned minds?  Excuse me fellas. I need to go down and clean my rifles. Again. 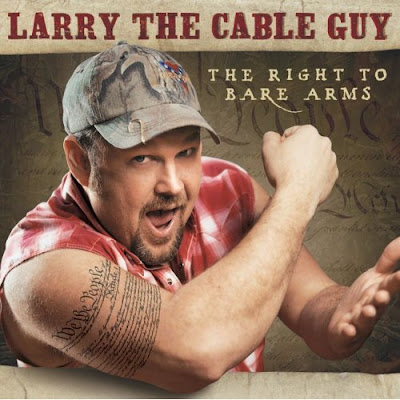 Cuz farts is funny! That's why the good Lord gave us farts - to break the ice in converstions!
And, apparently, to set the tone for political debates with leftists! So is that what we're left with now? Fart and pooh jokes?
Well...the sun's coming up, the airfield beckons and chores are lined up after that. Have yourselves a great weekend boys - and keep smiling. If you have a rotten joke, ya make sure ya pass it along!