While the politically correct pissers and moaners and snivellers set about patrolling their safe spaces for errant narratives that might upset, annoy or even traumatize them - I thought I would share one of my safe places. Strap in, whilst I fire up the way back machine! ENGAGE!!! 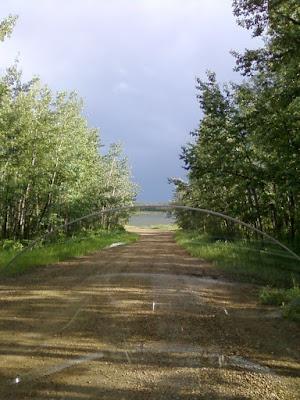 A nameless road in the county of Strathcona. Watch out for ghosts, they're friendly but some are stupid.
Ahhhh. Here we are, back in 1982, right on target! This is where I grew up. The road dead ends at Hastings Lake. JD Morrow, the County Reeve, is still alive and well. The old fella can still be seen tooling around in his yellow Corvette or on his big Goldwing motorcycle. This lonely road is where we came to have bush parties as kids. We shot .22's and necked with our girlfriends on this road. I shot my first doe with a bow about 200 yards from here. My ride is a Honda CX500 - a V twin pig that was considered pretty snazzy at the time. 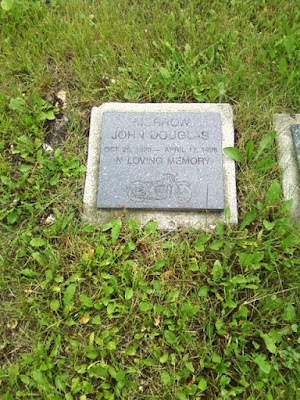 Okay, I lied, it isn't 1982. JD is gone, and my ride at the time of this outing was a Suzuki 1500 dreadnaught cruiser. But there are times I miss guys like JD and that little Honda cruiser with the power of a mouse and the heart of a lion....
When I was a kid this area was in the boondocks. JD owned most of the land around here along with some others but we could do whatever we wanted here as long as we were respectful and kept the place clean. The old church was a ruin at the time and if I recall, JD was the point man on restoring the property to it's former glory. It's fitting that he has a marker here, and that some artisan tried to engrave a motorcycle on it. 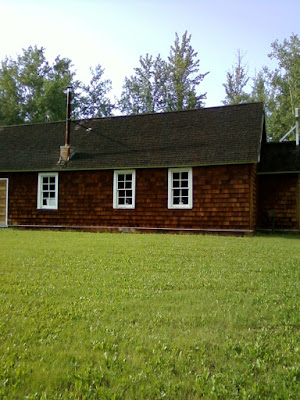 This is St. Margaret's church. What a fine restoration. When I last saw this place it was a tumbled down ruin. 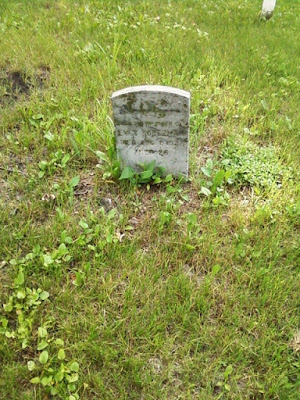 A crumbling stone...even stones are dust in the wind...
Who is this? Some of the stones here go back to the 1900's. There are three brothers buried in the corner of the graveyard, all of whom fell in The Great War. Talk about saving Private Ryan...can you imagine the hit that would have left on their family? In those days Edmonton was little more than a dirt street small town and the loss of three boys would really hurt the family farm where every strong back meant a better shot at having enough to eat when the winter set in. 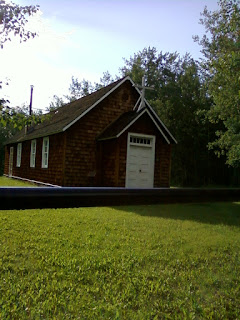 It used to be choked with weeds and tall grass...now you can putt on the lawns. St. Margaret would approve.
I suspect my end will come in a manner that will involve mountains of feces and an irretrievable corpse...but if my body can be recovered, I would ask that I be planted here. And, if somebody would engrave my stone with a motorcycle like JD's...I would consider it a send-off fit for a king.
﻿
Posted by Glen Filthie at 16:24