Will Somebody Please Shoot These Stupid Old Hippy Bastards?

GAAAAAAH!!!!!! Push the 'donate' button to prove you are a proud idiot!


The ex-military f**ks are the worst. "I've been in harm's way, man!!! I was THERE!!!! I saw the elephant...!!!" And they think that gives 'em some kind of authority in a moral and ethical issue. This is a repeated mistake made when dealing with animals like moslems and we need to shut these morons down right now.

No, we don't want a war with islam. No, we will not become animals by engaging in one. Contrary to old hippies, peaceniks and liberals, the War On Terror "failed" because it was never fought. When these meat holes bloviate about losing in Iraq, all I can do is shake my head at their stupidity. Hell's bells! How do you lose a bloody war that ended with Saddam Hussein dangling by the neck??? And Bin Laden is fish food? Is there any defense for people that are so stupid, that they think defending themselves in a war will only create more numerous enemies and motivated resistance? Where do these idiots come from? I don't see any Imperial Japanese armies murdering their prisoners by the hundreds of thousands, do you? See any SS stormtroopers checking citizen's papers and hanging resistance fighters from the balconies and lamp posts? No - that is because we went to war on them and we DEFEATED them. We backed that up with the PROMISE of more violence if they tried to 'cheat and retreat' as the moslems do all the time with impunity. 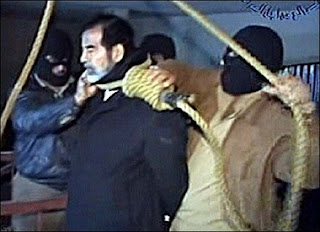 Peter is a nice guy and that is precisely the WRONG guy to listen to in times of stress like the one France finds itself in now. Jim Wright is a fuggin idiot that isn't worth the time of day.

They fret and worry about dehumanizing moslems as if they are actually nice people. Well, I've worked with them and no, the truth is, the majority of them are the kind of people you don't turn your back on. As far as the peaceniks and elderly hippies go - I take my moral bearings from a WW2 B17 bomber vet. 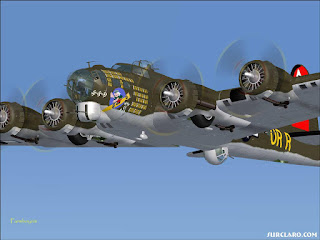 He was being interviewed by the usual mealy mouthed liberal journalist that wanted to paint him as a mass murderer rather than a courageous patriot defending his nation and way of life. The reporter came right out and asked him how he lived with himself, knowing that his bombs had killed so many women and children. Paraphrased, his response went something like this:

"My mission, sir, was NOT to kill women and children. You confuse tactics with strategy. Of course I would prefer not to have to drop bombs on German hausfraus and their kids - but they are by no means innocent. If all that hausfrau does is make a sandwich for her husband that works at a munitions plant in Hamburg - she is working to support men that are doing their level best to kill me. Men that have no qualms about killing women and children in the countries they invade. And before you say it, no, we aren't stooping to their level to fight like this. This fighting WILL stop as soon as they surrender, give back the territories they've taken, and disarm and sign treaties promising never to do it again. If THEY had won - there would have been be MORE mass murders, not less. You have the freedom of speech, young man, because men like me fought for it. Surely you would have the intellect to do something better with it....?"

Well, boys n' girls, if your freedom ever has to ride on the shoulders of idiots like Jim Wright and Peter Grant...you may well find yourselves shit out of luck. Moslems are animals that perceive restraint and mercy as weakness.

I hope the moslems are death marched out of Europe. I don't want them in my country either.
Posted by Glen Filthie at 09:01