Because Americans Are Too Stupid To Understand Their Own Constitution

The fags at the Glob & Pail will be happy to explain it to ya. 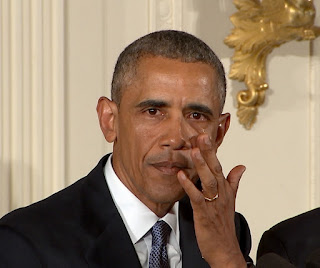 This black baboon weeps at the carnage caused by crazed old white guys like Yours Truly. Or maybe t's that ghastly cabbage fart Moochelle just cut. Cry me a river Barky!

Ahhhhhhh. It's pretty obvious now. It's only a 'conversation' for liberals and stupid people - but I repeat myself. The rest of us know the score. Guns aren't the problem - liberals are. And let us be specific here and call a spade a spade:

Blacks killing other blacks - most of which is criminal-on-criminal violence. Give 'em medals and free ammo!
The figures I am seeing (credible figures from law enforcement, not the Glob & Pail) - show black and coloured gangbangers doing ﻿2/3 of the violent gun crime - the vast majority of it being coloured criminal turdies killing other violent coloured criminal turdies. Honestly - I don't see a problem here. Obama can always have more children and so can his feral simian peers. 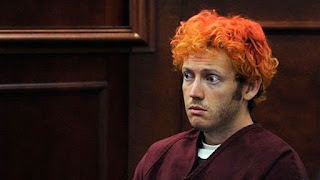 Oh, here's a white one! Finally!!! Looks like your average participant in a Gay Pride parade...
The vast majority of violent white gun crime is committed by males, most of whom are raised in single parent families - another product of liberal social engineering.

The liberal demographic is pumping nutbars like these out as if they were sausages. Liberals want to go soft on crime, make access to harmful recreational drugs easier, and hold single mothers blameless for the monsters they whelp. But - guns are causing ALL the problems.

Do you honestly think that as a lawful and responsible gun owner...as a father, a husband and a son...I am going to hold the bag for this BS? HAR HAR HAR!!! Pull my other finger, it has bells on it! I'll get right on that, right after I sign up for a lifetime subscription to the Glob & Snail!!!

Forget the race whoring. Forget The American Constitution. Forget rights and freedoms. Out in the real world, out where there is no nanny gubbermint or friendly cop on the corner to safeguard you 24/7/365 ... out where the scolds from the Glob and Pail can't be heard - the only rights you have are those you can defend - with violence if necessary. Contrary to the slobs at the G&M, good people protect themselves every day with guns. Just the sight of one deters crime and usually doesn't get reported. When a rightful shooting DOES take place the mainstream media won't report it. Likewise, they are covering up all the politically incorrect facts and truths about crime, criminals and the way we deal with all that.

I'm not taking the heat for this anymore and I am not going to compromise with stupid liberals anymore either. I'll be keeping my guns. The liberal left has created the vast majority of our problems with guns and crime - they sure as hell won't solve them.

So, Mr. President, we've had that discussion on race and guns you asked for.  The rest of you - I would strongly suggest you get out and buy a gun. Once that idiot and his clowns in the Whitehouse are done 'fundamentally changing America' you are probably going to need one. Canadians are strongly advised to do the same.
Posted by Glen Filthie at 09:53