OR
The Child Abuser Ascendant 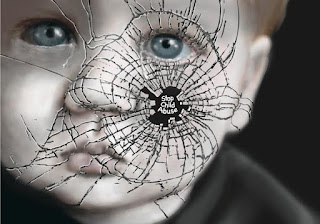 
I see that our good Pastor is an advocate of child abuse, too. Oh, those icky Christians!!!!

He asks "Can our inner city lost generations be saved"? I'm surprised he would even ask that question because the answer is obvious - he even outlines the procedure to save them in his post! You better believe those kids can be saved - but not by pooch screwing unionized teachers, socialists, or niggered race whoring political hacks that benefit from a brain dead electorate, or those that only want to be their child's best buddy and not a parent. The worst hell of it is - that saving them would be remarkably easy.

When she was in grade 7 my daughter came home with a long face. She was flunking out in math at school and not doing very well in the other subjects either. This time, my beshitted in-laws were living with us in our house as their new home was being built a few blocks away - and of course they dived in between my daughter and I to dismiss her failures and make excuses for them. I would have none of it - and read the riot act. On the next report card her marks were even lower and once again, her grandparents tried to intervene 'on her behalf'. I ignored them. My daughter wasn't an idiot; I knew this for a fact. From here on out I was going to tutor her in math and by Godfrey - her marks would improve. Or else!

Dealing with my daughter was like looking at myself in a fun-house mirror. I flunked out in math in Grade 7 too. When my mom tried to tutor me I threw a hissy fit - and that was that for that! If I wanted to cop out and flunk out that was just fine with her - she had better things to do than make me learn my lessons. At the time I thought it was a win for everyone...but she was copping out even as I was. So I spent the rest of my scholastic years floating along and learning as little as possible, content to pass with marks that fluctuated between 49.999995 and 50.00005%. And when I graduated - I didn't know shit from shinola about math and was hopelessly far behind. I had to go back, re-educate myself with high school correspondence courses for a year just to qualify for school. It hurt me - a lot. Fact is - I never should have gotten a high school diploma.

So when my daughter threw the same hissy fit I did 20 years earlier I decided that there was no way on earth she would cop out and flunk out - and no way was I going to cop out like my mother did. We started to work together and her marks shot up overnight. I was no slave driver, we did 15 minutes a night and kept it light and fun. Afterwards we sat down in front of the XBOX and she would tell me about her day and doings. At the end of the year she had honours in math...and that is when I made another critical error in parenting. My asshole in-laws made sure I knew it too!

My thinking was that it was remarkably easy to slip backwards. My daughter had been pushed to succeed and she had done amazingly well...and I wanted to open up the throttles and see what she could REALLY do. So...at the end of grade 7 we dabbled in grade 10 algebra. Of course, she flipped at first but I wouldn't have that, either. I explained to her that I was actually doing her a HUGE favour...but she wouldn't see the pay off for another 3 years! She was livid of course - but there was no way out. At first our algebraic equations were dirt simple as I taught her how to isolate the variables and solve for them. Instead of x and y for variables, I would draw pictures of cut-off chicken heads, half eaten fish skeletons, and pictures of bugs and other disgusting things to represent the variables. She not only had to solve for the variables and answer the questions, she had to guess what I was drawing too. In spite of herself she started having fun - and the problems slowly got more complex. By the start of grade 8 she had the afterburners going full blast - she ate up exponential functions, charged right through quadratics and geometry and by the middle of grade 9 she was doing basic integration and differentiation - calculus...and snoring through  elementary physics. I was boggled at her ability to learn - and again, there was no slave driving - just 15 minutes a night. If she was having fun, we did more. And always afterward - the XBOX for HALO and the other one for Mario Kart. They were the happiest days of my life, sitting on a stool in front of the TV and chilling out with my daughter.

It all ended one day as the summer of grade 9 approached. One day she came home and I was parked in front of the XBOX. "What?" she asked, "No math tonight, Pop?" Well, I was pretty high on myself - let me tell you! "No," I said. "You're DONE." Gosh - I will always remember that look of confusion on her face. It was worth all the tea in China. "Done...?" she faltered. "DONE!" says I!

So I explained: she now had the math required to breeze through high school without breaking a sweat. Math is the toughest subject in high school - and she knew it inside out and could easily pass any entrance exams at any reasonable university or college she might want to attend! For high school, she could tear through the core subjects and graduate early...or load up on extra-curriculars and vocational stuff and draw it out - but the worst of it was behind her!

Think about that, Gentle Reader: the specially trained union slobs that posed as her teachers couldn't even teach her dumbed down chit house mathematics...and with just 15 minutes a night, my tutoring put her above grade 12 advanced mathematics when she was still in grade 9. Do you seriously want to tell me home-schooling won't work? I can tell you it will - for I have seen the results for myself!

So yes, to answer the good Pastor's question - yes those kids can absolutely be 'saved'. Hell - they will do it themselves if you just give them some half assed guidance and motivation. Don't think the rot that consumed black schools can't happen here...it can and it's already poisoning our kids today. The Pastor is also correct about any rescue attempt being seen as abusive too. My idiot in laws said I was pushing my daughter too hard, and that I was being too strict! (Of course, those two idiots fully expected their own daughter to live in the books when we were kids)...but I ignored them and patted myself on the back for my daughter's success. No man was more proud than I was of my little intellectual power house! I wasn't going to push her into university - I considered it a win just to have her in a position where she could do anything she wanted! When she finished up high school a semester early and enrolled in the sciences at university - I almost burst with pride. My in-laws glowered and glared and grumbled about my flaws as an overly strict father... but couldn't say a thing because like it or not - my daughter was doing well and there was no bones about it!

When she moved out I sometimes sat down in front of the XBOX but couldn't get into the games without my daughter...but I sat there anyways and missed her the way fathers do. Her fuggin cat would curl up in my lap and I knew he missed her too. It made me feel good that she was out on her own, and had even won a few scholarships. I resolved not to call her too much, and made myself keep my distance for she was an adult now - and needed her space. But Lord - how I missed our time playing the games and talking about life! At the age of 45 my wife and I were 'empty-nesters'... When you're younger you dream of the day that the kids move out and take their bullshit with them...and then, when they do...you miss them and wish they were still there!

It took me awhile but eventually I boxed up the video games and donated them to the Goodwill or some charity - and that seemingly mundane chore actually felt like a major life milestone!

It was, I suppose. It marked the end of an era that I shall always regard with the utmost fondness.
Posted by Glen Filthie at 20:31