And we thank the weatherman profusely! Today I went out, as is my custom, to shoot up the Soggie Bottom Rod, Gun AND Curling Club!

When did we get curling facilities at the club? Why - when the balmy weather turned all the snow to ice! 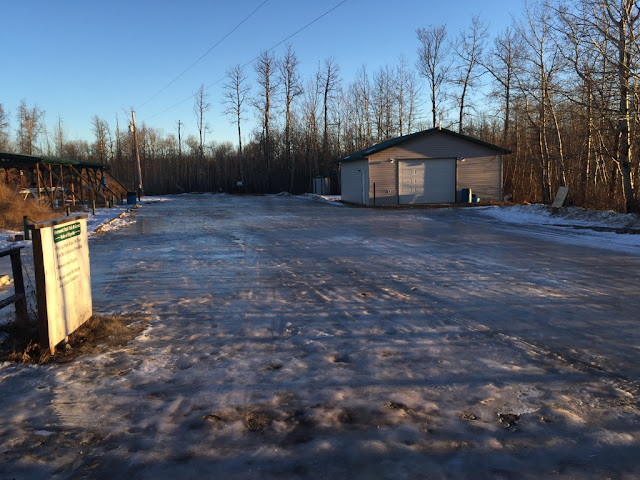 Glazed, pebbled ice! BW, Chicken Mom, the Mohave Rat and Uncle Bob shut down the trap range and had a Bonspiel. I heard the chickens beat them handily...Bob was still screaming at the stones when I left...

I almost crashed the company truck into the shooting sheds at about 2 MPH! If you want to get around on ice like this you have to do the 'pee-pee walk' that you see little kids doing when they wet themselves and start a shambling gait reminiscent of the actors on Planet Of The Apes. 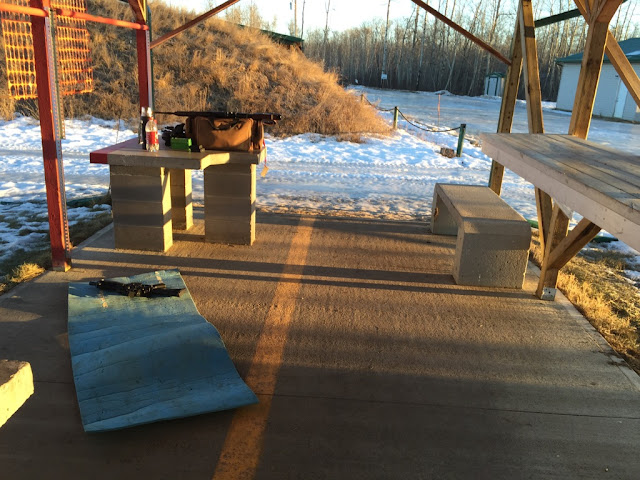 Filthie's psychiatric couch... relax, and all life's problems vanish with one soothing caress of the trigger...
Once again I stunk out the range with the snub-nosed mouse gun. It has one of those damnable electronic reticles that lights up and its a 3X combat optic that's just perfect for the run n' gun crowd, but for an old stubfart that's shooting prone...it leaves a bit to be desired. I need a proper 1-8x variable on it...but I will get by with the cheezy one for now. The big M14 was talking to me today though! 10 out of 20 in the ten ring at 200m...but some of the others got sprayed over hell's half acre. Par for the course - this sport sucks almost as much as the curling...but I may go back tomorrow and take my designated marksman's rifle instead of the pocket AR15.
Something else stupid this way comes:
What's his name? "Bogie'? Whatever - he's a nice guy in spite of the grizzly appearance. Looks like something ghastly wants to crawl up out of that beard and...gah!
The problem I got is that I have two 45 ACP guns now. One is an HK45USP Tactical that shoots like a house afire. If you have to shoot a plastic gun - that is the best of the breed! The latest one is a Trophy Match 1911 from Springfield Armoury - the same guys that made my M14. I love the big rifle with all my heart...but that little auto is really starting to piss me off. I will keep working with it and if things don't improve I will flog it. But this little Ruger, now...what appeals to me is that revolvers don't throw their brass away. I friggin hate chasing after brass especially on ice like this!  I don't have a big bore revolver other than my cap and ball percussion gun...so ... maybe I could sneak it in while the wife is away at church...?
Evil is afoot.﻿
﻿
Posted by Glen Filthie at 15:10