Emancipation Of The Military: Containing The Politicians


Won't these brainless, idiotic, elderly baby-booming hippy retards just FOAD? Their understanding of world events was childish and retarded in the 1970's and it's even more so today! Ol' faggoty Fred's adult diapers runneth over when he starts expounding about the military.

Yes, Fred. Yes we GET it! Some highly placed political and financial slobs make out like fuggin bandits from war! Yes!!! Fred - WE GET IT! Some kids are going to come home in a box and some are going to come home disabled and scarred so badly that life will never be the same! Oh, for the love of GAWD. Now the MEDIA is the eeeeeeevil military-industrial complex's best friend and lap dog??? Will somebody get that old bastard an Ovaltine? Spike it with vodka, and hopefully the old fart will pass out and stop bothering people. Fer gawdsakes - he's a bad influence on stupid kids like Vox Day and Uncle Bob! How can you claim to be both a former soldier and a cop and be this friggin clueless? 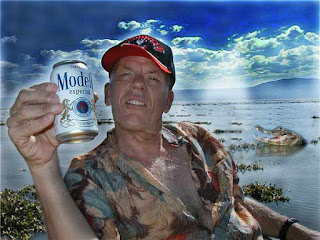 Oh! He's drunk again! Sorry everyone! My mistake.
For those of us that are NOT drunk and stupid (you two know who you are) - the military is NOT free to do what it wants with impunity. If they were, Hillary, Obama and all the democrats would have been rounded up and fired out of the cannons. Half  most of the Repubs too. If the military had full autonomy and control of it's operations it would have smoked Korea and made a nice light snack of Viet Nam. Viet Nam was lost when the troops were undermined by the media - unscrupulous journalist slobs just like Fred - poisoning minds and fear mongering at home. Sheesh - he whines about eeeeeeeeevil industrial/political/financial pigs making out like bandits profiteering from war...even as he blood dances for coins like some liberal organ grinder's pet monkey as he tries to sell copy and promote his books.
If the military had control of it's operations Iran would be nice paved parking lot for malls and posh hotels. Big landing strips would welcome American fighter planes. Terrorism would be a bad memory. Benghazi would never have happened. In Afbagistan swarms of Talibanger mongrels would be experiencing the benefit of unexpected energy surpluses delivered by our friendly neighbourhood drone pilots.  Yannow fags like Fred whine and bitch about the drones but consider: it used to be that terrorists could strike death, blood and destruction at our women and children and then bugger off to hide behind their own. The drones put an end to that and rightfully so.
These guys are so damned stupid, they can never see the big picture or all the pieces in play. What happens if you refuse to get involved in foreign entanglements? Libertarians will whine that we can't base our actions on what the other guy might do - and sanctimonious scribblerians will scold us not to act out of fear...so what happens when ya just sit back, mind your own business and hit the bong or pop a beer and leave the doings of third world mutts Over There?
﻿
Uncle Bob used to give scholarly lectures on the Manly Virtues. I wonder if cowardice is on that list? What happens when you refuse to fight in those icky, foreign entanglements? How many old hippies like Fred will flock to Europe to retire?
I'll tell ya what they do: they bring their wars, their racism, their misogyny, their blood feuds, their ignorance and stupidity - over here. And - when they fight amongst themselves over the rotting bananas in the trees in their own homelands - these fig farming goat feltchers will do their level best to draw America and other powers into their tribal fights on their side. Politics and warfare are not principled zero sum games - if you leave yourself open there are those that will exploit your weakness. Just ask the Germans. Those idiots finally vanquished their fascists - and then imported swarms of dumber fascists to replace them. It would be funny if it weren't tragic.﻿


911 should have taught us the value of gunning these moslem pigs down when circumstances permit - leaving them alive to fight another day can only have disastrous consequences. The problem with libertarians and lefties is they can only look at what has happened - with the benefit of 20/20 hindsight. They put on airs of self righteousness and intellectual sophistication that make the rational adult want to choke them. Where would Saddam Hussein be now if he had been left unchecked to do as he wanted? How about Quadaffi Duck in Libya? Play it the other way: what if the Allies had shot Hitler before he rose to power? What if they had taken out Bin Laden years before he plotted 911? These are the questions guys like Fred don't even think to ask. Don't kid yourself, hippy - we know who these guys are. We know who's training them and supplying them. We know where they live. You can be damned sure we know where their money comes from. The hell of it is - you do too and you choose to ignore it.

And every day - stupid, craven men like ol' Fred here lobby to let them go. Where is the next Bin Laden? Well, he was probably sitting high and pretty in the crosshairs of a Predator drone three weeks ago. Or maybe an hour ago. And because some pacifist fag like Fred in the media would wet his pants if the right thing was done - the 'militant' was spared. How many lives will that cost? Perhaps the libertarians will tell us? Dozens? Hundreds? Thousands? Yeah, no thanks Fred - I am just peachy with the Nintendo kids blowing away those simian scoundrels and wish them well. If they would let me on the base I would take them a pizza, a couple two litre pop bottles and a bag of twinkies and ask them to pop a few moslems for me! If anything they need to step up the pace to keep up with the rising pace of terrorism. Emancipated military? Bring it on!

Piss off, Fred. Go back to your crossword puzzle, feed the pigeons in the park and play with your little dog. You're old and stupid and it's time to hang up the keys because what you can't drive anymore. In fact, you are a hazard to your wife, your kids and everyone else's. If you think corruption and death and destruction caused by Americans is bad...just wait until you see what the vibrants have in store for Europe. Women are being gang raped right under the noses of the police, Fred. Lecture them about corruption and self interest and criminal negligence - and the virtues of not interfering with foreigners or their affairs.

I'm sure you'll see things differently when the swelling in your eye goes down.
Posted by Glen Filthie at 07:40