What in HELL is going on at the friggin bank?!?!?

Are any of you guys noticing this? My bank has literally been over-run by cultural vibrants! I'm not kidding either: of about a dozen employees I counted two white women. The rest were all coloured and every single one I met had language problems. It literally took me 3 hours and several tries to get my visa card activated and linked to my checking account! 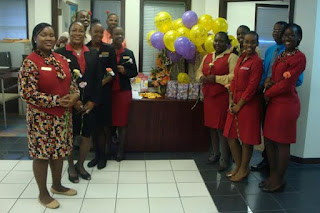 Ummmm....just how tolerant am I supposed to be here? This is my money we're talking about!


I usually do on line banking but my bank accounts got hacked through an identity theft scam. I only had about $1700.00 in my cheque account and the hackers took $1250.00 and EMT'd it to somebody named 'Sarah'. Then they went into my line of credit, transferred $2000.00 into my cheque account and tried to EMT that off to 'Sarah' too! (My line of credit balance had previously been zero). For the last half decade ALL my transactions were through a bank machine or on-line banking...so I had to close out my old accounts, open new ones - and that is when the multi-culti gong show started! Let that be a lesson to you boys - anything can happen at those goat porn sites...a lot of them carry malware that CAN hurt you! GAH! Thankfully the bank was good about it - I was not on the hook for the stolen funds. If I had been I would have closed my accounts and gone directly to cash only. 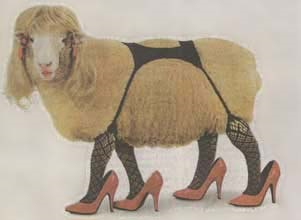 
I saw the same thing happen to the taxi cab industry. It used to be that you could call the cab company, get a clean car driven by a clean and courteous white cab driver who was half way sociable and helpful - and now all you can get are smelly pakies and African vibrants - and most of them WILL try to cheat you. For awhile I got around that by specifying the companies send a white driver but then they all started to refuse to do that - because RACISM dontchya know! I no longer take yellow cabs anymore, and will spend the extra coin on a 'town car'. At least if you get stuck with a vibrant driver there - they are at least clean, competent and respectful and if you luck out you can still get the odd white driver. Are low intellect/low skill vibrants going to infest and sink the banking industry as well?

It was so bad today, and the tellers were so incompetent that I would pay a premium to bank at an institution where white people who were fluent in the language could help me out. Good grief - these people can't drive cabs...what in hell are they doing handling our life savings...? I am not reassured and I think I'm going to pull my accounts after I research things a little bit. People like this should be flipping burgers at McDonald's, pouring coffee at Tim Horton's or running the Quickee-Mart. I don't want them anywhere near my money. I want the people that handle my money to be literate, well spoken and able to follow simple directions...and I'm not liking what I see at the CIBC. 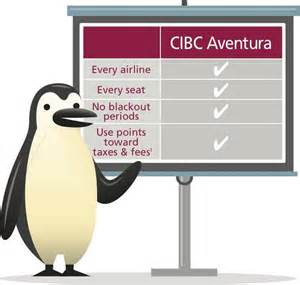 Hopefully the human resources fatties at the CIBC speed up that diversity hiring drive to get these penguins into frontline positions soon - before the vibrants run the bank into the dirt...