People tend to break into two camps on motorcycles and players in the industry - and the division seems most abrupt at Harley Davidson vs The Jap Scrap aka The Metric Bikes. Say the wrong thing in the wrong place - and you can get punched out for your troubles! You are treading on very thin ice and are advised to discuss it with caution when dealing with people you don't know.

I've been riding for over 30 years now. I started on a 100cc Honda trail bike and today my bike is a 1700cc Dreadnaught that is aptly described as a 'flying La-Z-Boy'. It is just perfect for the old fart who's in a hurry to get nowhere fast! 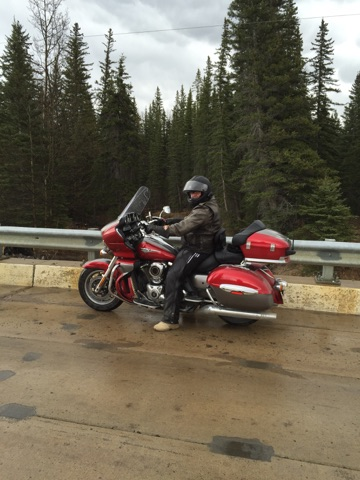 That's a Kawi Voyager ... pig-shaped autopilot is an optional accessory. Locale is somewhere west of Hinton.
It is my scholarly opinion that the Japanese bikes are virtually interchangeable as far as quality, fit and finish and reliability are concerned. I've owned bikes by Honda, Suzuki, and Kawi. Friends have Yamaha and swear by them. The fact is that the Japanese are building motorcycles every bit as good as the Euros or the Yanks in real world terms.
Harley Davidson riders are a different stripe of cat. It used to be that Harleys were driven by motorcycle gangsters and drifters that were constantly trying to keep them running and they could be seen everywhere on the side of the road, wrenching over a puddle of oil. As a result Harley got a black eye it really didn't deserve. A lot of those bikes you saw getting wrenched were archaic and were running on engines that have been virtually obsolete for decades. They carry odd nicknames that inspire awe and reverence to the Harley acolyte: Shovel Head. Pan Head. Knuckle Head...and they have all been out of production for ages. They are kept running by devoted machinists that will literally build the parts from scratch and from after market manufacturers that cater to the customer that loves his Harley so much - he will pay through the nose to keep it running. Why? Why will Harley guys pay through the nose for it?
The answer is simple: Harley owns the market on motorcycle romance and mystique. Everyone recognizes the brand name and it invokes tones of equal parts rebellion, patriotism and adventure. Many metric bike owners will sniff in disgust and claim it's all marketing bullshit and snob appeal - and as a metric bike owner I side with the Harley guys on that. Harleys are special, the mystique and romance are real, and Harley has my personal blessing to charge a premium for it. Consider:   BW over at Everybody Has To Be Somewhere has just discovered Valhalla. Do you want to drop in on Skinny Dick and the other celebs driving a La-Z-Boy...or something that is as retro and edgy as they are? Somehow, I will have to get by with my Dreadnaught...but if I were 30 years younger... 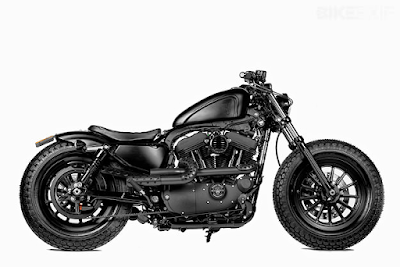 All hail the Mighty 48! Be still, my beating heart...1200cc of romance and adventure right there...
Harley got into even more trouble when they came out with the Evolution V Twin engine. At the time they were owned by AMC and that engine was a corporate goat-rodeo that was brought out to lower production costs and streamline the product line. My sources are unanimous in saying the Evolution engine was a POS and the people responsible should be sacrificed to the Road Gods in the most painful and inhumane fashion possible. That was back in the 80's and is also a contributor to owners keeping their older machines running as long as possible.
In the real world, the new Harleys are flawless. You can build your Harley to suit from the ground up with semi-custom 'bolt on' accessories that will set your machine right off and turn heads from Twin Butte to Whyte Ave in Edmonton. Their engines today are as good as anyone else's. That beast above can be ordered right from the factory any way you want it. It may not be to your taste - but with what they offer - you can tweak your machine to fit your ideals and all of it will be stamped and bolted with the HD name prominently AND tastefully displayed.
Is all that worth paying 30% or more for?
Last summer I went into the Harley store and the sales guys were on me like flies on shit! I'm an old fart with a big gut and can be mistaken for a man with money if you don't look carefully - the stereotypical Harley rider. An elderly beardo that looked like Wirecutter came out and started giving me a product lecture on one of the rocket powered low riders. Soon, I was lost.  All I remember was a buxom young wench in a tastefully low cut blouse that interrupted to inquire if we needed coffees. Soon I was overwhelmed by chrome, visions of youth and leather and had to escape to catch my breath. Don't let the grubby old sales beardos fool you - those guys and their motorcycles can play your soul like a violin...and Lord, does it feel good. For 45 minutes I was sprawled in my truck out front in the parking lot, gawping and gasping and weighing my survival chances if I went home on a new motorcycle. The best wives often have an annoying streak of practicality about them...but as the beardo said, who needs a wife when ya got a cool motorcycle? Do ya think he had a point....? Er ... who said that?!?!? The little lady is ALWAYS right!!!!
(Okay, I admit it!!!! In point of fact, I cannot blame my wife for scuttling my dreams of Harley ownership. She loves motorcycles too, and she would have supported me if I had bought one. I gagged on the price, it's my fault, I am a pussy an unworthy of an HD motorcycle! There - I said it, and now, my sorrow and humiliation are complete...).
Summing up - the Harley is an elitist's machine. They are for the people that live cool and by God Almighty - those bikes DO look good on them. Are they right for you? I suppose it all depends on how cool you are...and for me, that ship never even checked into port! It sank out at sea back in my wasted and squandered youth! Not even a Harley can make me cool, and I am stuck riding with bums like BW on Goldwings and scoots! I try not to but I make those guys look un-cool too... :( 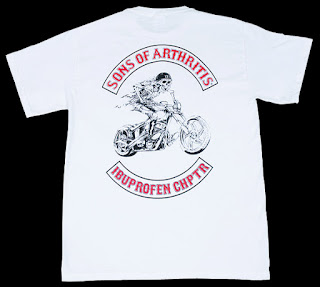 Patch me in...and may God have mercy on my soul... 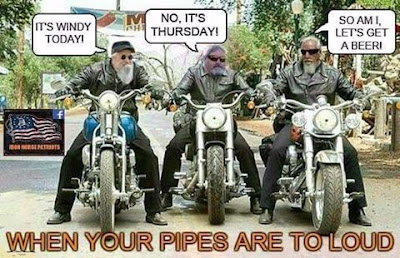 It's not the pipes, it's their hearing! Oh gawd...I will have to ask my doctor about Viagra next...sorry about that mental image folks...
But...in my next life...I am buying a Harley and that's that for that!
﻿
Posted by Glen Filthie at 15:12