...and 'neo-reactionaries' and Students Of The Dark Enlightenment (TM) - is that they are absolutely fearless about discussing issues like race and gender. In this day and age they openly ask and debate: Should women have the right to vote? I know people that will drag out the pitchforks and torches for merely asking the question. No, Obama, you DON'T want a discussion about race and gun control, you want to lecture and you want us to shut up and not ask questions. (Fuck you on that, by the way).

On occasion I like to go slumming through the Canadian mainstream media. The National Post isn't fit to wipe your ass with - but it is certainly the best of a sorry lot when you consider the other rag sheets like the Tranna Star and The Glob & Pail.

"In one of her Twitter proclamations this week, she wholeheartedly endorsed the current dogma that in cases of (alleged) sexual assault, “every survivor of sexual assault deserves to be heard, believed and supported.” 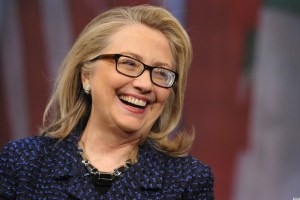 Something stupid this way comes...


Hillary herself is a valid argument against the involvement of women in politics or positions of authority. That very statement proves this in spades. I remember lurking on one neo-reactionary site where one of the visiting scholars posted stats that showed that women have a very, very nasty habit of making false accusations of  sexual assault. The majority of rape accusations eventually turned out to be 'morning after regrets' by the woman. The so-called Slut-Walkers are also proof of neo-reactionary claims that women are on par with children when it comes to reasoning ability - and therefore should be treated as such under the law. They made a powerful, cited and documented argument you will never see in the mainstream media. I remember a time when any publisher, editor, or journalist would have slavered at the thought of publishing such an explosive article like that - but today you only see such things in the more obscure corners of the internet. Lower class women like Hillary are socialists and fascists by nature, as such they move and vote in lockstep - anyone that disagrees with this is invited to scrutinize the fashion industry. It now moves and operates much like the mainstream media. I wonder why?

If Hillary were a viable contender for the throne and not just another victim-politics whore - she would have cautioned feminists that sexual assault is just like any other crime. Accusers need to be heard but 'belief' and 'support' doesn't even come into it. Sexual assault is a serious crime and as such evidence needs to be gathered, witnesses questioned, and the legal process followed to the letter, by the book. There should be punishment, too, for women that make accusations that are later proved false. All to often they get off scott-free out of a chivalrous notion that women that are bat-shit crazy have enough problems on their plate. 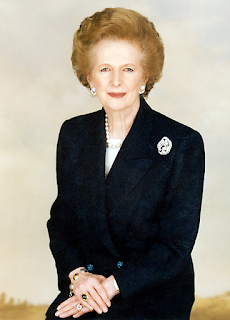 Ya can't get the right answers if ya don't ask the right questions. Maybe the question today needs to be "where have all the good women gone...?"
Having a triple digit IQ has left me immune to political correctness and fed up with all these self-proclaimed victims. Everything in life - right up to and including slavery - is a choice. Most 'victims' are victims of their own stupidity and nothing else. Trump is NOT shameless, any more than I am - we are simply men that understand that tolerance has become synonymous with moral apathy - and we refuse to be bullied by stupid, feral negroes, clucky old women and their beta male enablers. These shrews and monkeys want the same perks and bennies and privilege that those eeeeeevil white males have - without going to the trouble of earning them the way we did. I've checked my privilege, you whiny piece of shit - how about you checking your work ethic?
For the first time in decades America has an actual choice in the looming election - between a candidate that will act based on what is good for America, vs one that will lead by taking polls and pandering to politically correct nutbars like militant feminists.
This would be an excellent time to turn off the TV and get off the couch, America. If you want to vote for a woman - shouldn't you at least find an honest and competent one? ﻿
Posted by Glen Filthie at 09:11