One fine day in Europe. This one's making the rounds...

Well that great multicultural experiment is going real well for our European friends inninit? It's going so swimmingly well that if you even see a problem of any sort with what's on that GIF - it's probably because you're a big, hatey, stupid racist! Houston - I think we have a problem. A number of problems, actually.

With all due respect to our western women, it's time for a little truth around here. Women created this problem in Europe. They are the ones that drive liberalism which in turn drives multiculturalism, feminism, and socialism. Since women are socialists and fascists by nature, they have also destroyed the mechanism for dissent and public discourse. I hear that facebook and twitter are banning anti-vibrant statements in their medium, and Youtube is as well. Yes, I know, not all women are like that - but at least half of them are and they will not tolerate truths that frighten them or cast doubt on their aspirations.

I know several truly intelligent and capable women myself. Not one of them is a feminist or a liberal. I also know a number of beta males that will think whatever their wives tell them too. My father in law is an excellent example and in his case it's probably a good idea! My mother in law has an IQ of 23 and she is definitely the smarter of the two! And - like most liberal idiots, she would call me a racist and other names for daring to see a problem that is intuitively obvious, even to her. And yet - if this had been herself, or daughter or granddaughter getting bitch slapped in that vid, she would be howling at the top of her lungs for somebody to hang that nigger from a lamp post! For a lot of women and some stupid men - a problem is only a problem when it blows up in your face.

Up here in the peanut gallery all I can say is - things are going to get far worse before they get better. If Europe (and to a lesser extent, North America) - doesn't jump on this kind of crap - it will spread. In my life time I've watched major American cities go from being cultural jewels and industrial power houses - to being a great place to film dystopian films like 'Planet Of The Apes'. As a kid I read chilling SF stories where major cultural centres and cities collapsed into wreckage and ruin and set the stage characters and battles that boggled the imagination. My parents worried about the comics and SF I was addicted too, and always told me 'that could NEVER happen in real life....'. Still, even as a kid - it was hard to get to sleep some nights! As an older kid one of my favourite yarns was the awful 'Escape From New York'. 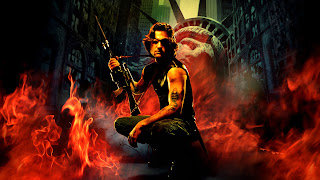 Back in those days only the baddest of asses had tattoos and Ingram MAC 10 submachine guns. Today in Detroit even the women have them...
﻿ 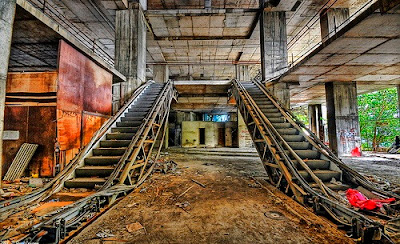 Behold present-day Detroit. If you wanna turn an arsehole city into a prison full of feral baboons - this might be your real estate! This is not the work of centuries - it is the product of a few short decades of civil rights and affirmative action for those that deserve neither.
Well...in a little over three decades the movie sets from Escape From New York have become the reality for Detroit. My question to my moral and intellectual superiors is this: how did this mess in Detroit start? It's not too hard for me to imagine this mall in the pic as a bustling modern market place one day - and the next some feral blacks start slapping some young white women around just for the hell of it...so they do it some more. The men stand idly by as stuff like this goes unchallenged and it gets even worse. Couple years later, women with money know to avoid a place like this - and without patrons with money - it slides into disrepair and ruin. Without a mall for merchants, the surrounding areas empty as businesses go where the money is - and the rot sets in - in earnest. 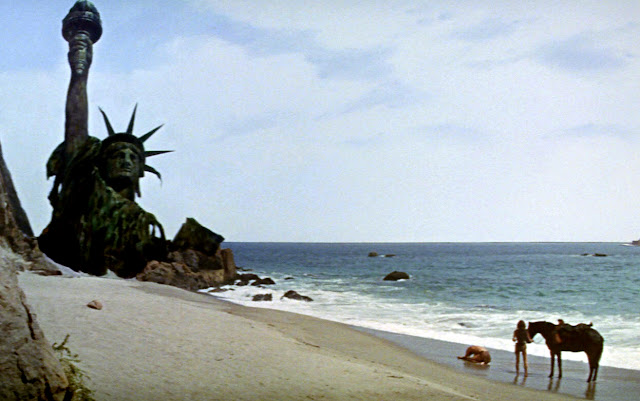 Where does this cultural rot end? And when do we admit we have a problem? Do things have to get this bad?
No, Chuck, we didn't blow the world up. We were too lazy to defend and improve on what we built and we let simian idiots take it away from us. Our enlightened liberal women and their gutless men told us it's better this way.
﻿
﻿
﻿
﻿
﻿
﻿
Posted by Glen Filthie at 08:16