One of these days I am going to go back to my childhood by having a good ol' fashioned sleep over and invite the blogging celebrities to it.

Can you imagine it? A bunch of old guys snoring and farting through the night until the sun rose...and then Saturday morning cartoons with a mixing bowl full of Froot Loops! Of course I would wear my trendy long underwear with the trapdoor hatch in the back (wanna see how that works fellas?)...BW strikes me as the kind of guy that would go for Spiderman PJ's. Uncle Bob would probably spoil everything by wearing nothing at all! And bringing his latest nude girl friend too! Can you guys throw on a blanket or something? Sheesh? Wirecutter strikes me as the kid that would wear diapers with a .45 jammed in the waist band - California gets to him sometimes. Of course we would need a responsible adult to baby sit us all and I think Chicken Mom would be just right for the role! 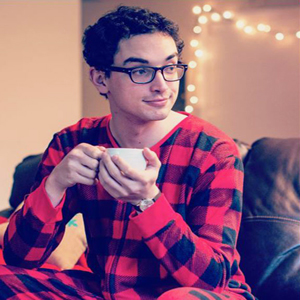 Who invited THAT kid? Never mind, we'll set him up at 25 yards and see what Wirecutter can do with that .45...
Programming would be a bugger though. What kind of Saturday Morning cartoons do kids watch these days? When my daughter was tiny even she couldn't watch the crap that passed as children's entertainment. Everything was too violent so they edited the Bugs Bunny and Roadrunner cartoons to the point they made even LESS sense than they did before. Maybe some modern retro cartoons?
You can just BET I'll be tuning in for the next exciting episode...
﻿
Yeah yeah yeah...fuggin BOB is saying that's 'kid stuff' and wants something more grown up...FINE.


You might wanna siddown with your new gal Bob, and ask her just exactly what she wants out of a relationship with you...
Perhaps something more educational...?
Yannow what? Adult cartoons suck as much as children's cartoons! Perhaps this sleep-over idea was a really, really BAD one... Forget I brought it up! Have a good weekend y'all.﻿
﻿
﻿
Posted by Glen Filthie at 14:11