I'm trying to screw up the courage to finally go to church with the wife this weekend. I've been meaning to do it but each Sunday comes up ... and I just seem to get cold feet. My wife goes, and it seems to give her something she desperately needs in the wake of our family self destructing. So I sit here, trying to psycho-analyze myself and come up with utterly dismal results.

I have no problem with the idea of God; I can feel it and that is good enough for me. Not to preach or anything...but I was there when my horse foaled, and I helped Pop pull calves on our hobby farm as a kid. I was there when my daughter was born too. I could almost hear Darwin and the devil roaring with laughter as I crawled out from under the wreckage of my ultralight aircraft darn near 10 years ago. The control bar was made from chrome-moly steel - the stuff bicycle frames are made from - and it had bent around my chest during the crash without leaving a mark. I was there when the vet sent old Sled Dog Sally back to her Maker and I held her when she fell away.

None of that is submitted as evidence to sway the non-believer; it's just my thought process. There's a reason for all this, else why would we be here? I know how all that sounds - I was raised by progressive liberals that thought Christians were superstitious, hypocritical and sanctimonious louts. Trust me, atheist - I know all you arguments as well as you know them yourself - I used to believe them too. In fact, I have been immersed in that crap for so long...it is almost painful to see things objectively. 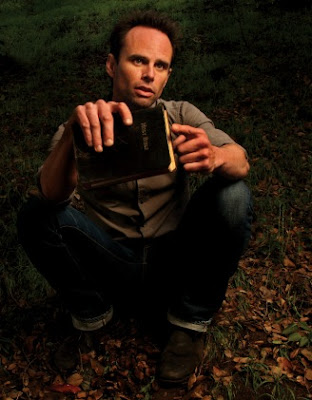 According to liberals and Hollywood Boyd Crowder is your typical Christian: an illiterate red necked whoring, drug using, gun fighting good-for-nothing shyster. He makes for a great Hollywood bad-guy ...if nothing else. 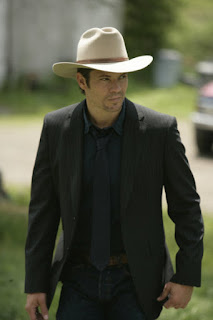 A gratuitous pic of the best modern-era lawman - just because. Go get 'em Raylan....

The fraudulent and slanderous treatment of Christians in our society is insidious. The liberals shat bricks when those pedophile priests went after the children in their care - but then went quiet as church mice when the pedophiles of the gay community and the bath house butt blasters started attacking children too. They even held the doors open by mainstreaming homosexuality in the Boy Scouts and in the public schools. They're still covering for them more often than not. The jig is up as far as that goes and as far as I'm concerned. The pedos, the trannies, the 24 other "genders" and miscellaneous sexual freak shows...that is all about degenerate and deviant behaviour and only liberals and stupid people will deny it.  I've watched my daughter go from being a beautiful, happy young woman with a bright future... to a lazy, angry, unhappy gay hipster with no real prospects. I commence to smell a rat and suspect that I've been had - and I want my money back. These new liberal social experiments are mean, tortured souls and not the edgy, trendy cool kids Hollyweird is trying to sell them as. 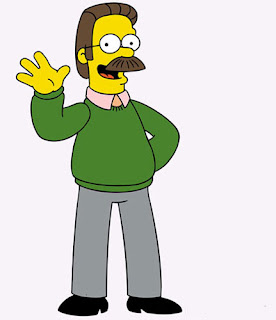 Hollywood at least acknowledged that Christians can be good, decent people with Ned Flanders.
My wife is a smart, capable woman. She's warm and loving and will forgive just about anything. She desperately tried to hold her family together as her daughter and her parents tried to force me into the "closet" my daughter emerged from. They told me I was a redneck, an idiot and an asshole for not embracing my daughters' sexuality and obvious other failures - and I'm sure Dr. Phil, Orca Winfrey and the other denizens of day-time Hollywood TV would agree. My thinking is that if those a-holes looked in the mirror they would see all the exact same flaws in themselves that they project onto Christians. For some reason I was very proud when my wife took up with a small rural church group just out of town. Some of the people there are neighbours of ours. Contrary to Hollywood they are the real deal too. They are charitable and generous. They're virtuous and gentle. They walk the talk and now my wife does too. These are not the hicks, the dorks, the scammers and the villains that liberals make them out to be. These are rock-solid men and women that keep their faith to themselves and only share it when they are invited to do so. They support their communities and families and adhere to morals and ethics most liberals can't come close to realizing.
-------------------------------------------------------------------------------------------------------------------------
So, Mr. Filthie: Is that what frightens you? What happens when that collection plate comes around for the family that just lost their father in a car accident...and you want to spend your money on a new rifle or motorcycle instead? What happens when they need an extra hand to help move a disabled member to her new apartment because she can't afford movers - and you want to go to the rifle range? What happens when you put your snout too far into a glass of scotch on a Saturday night, and your wife wants you to wake up and go to services with her on Sunday morning? Is that what you're really afraid of here...? 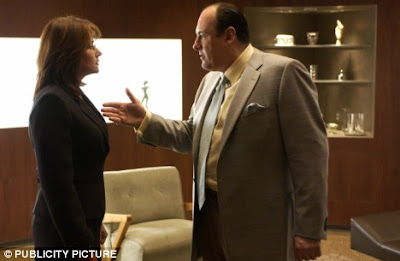 Tony Soprano was a Christian too, wasn't he? Mind if I have a chat with your psychologist once you're done, Tony? And can I trade you a box of 9mm for a box of .45? My ammo stocks have gotten shamefully depleted of late...
﻿

I am not liking any of this at all. I suspect a lot of the liberals that hate Christians won't even consider asking these questions of themselves - it wouldn't even occur to them to do so. They like the phony charities where they can spend other people's money with gay abandon. They'll never reach a hand out themselves to help the less fortunate - the vast majority of them want to pay the gubbermint to do it for them. 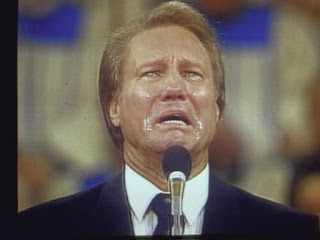 They wanted to crucify Jimmy Baker and perhaps rightfully so... 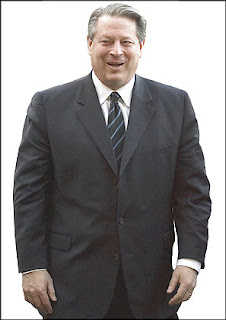 And yet this fat huckster gets Nobel prizes and worshipped by zombies as he extolls the small carbon footprint for the filthy masses from the opulence of his mansion that has the carbon footprint of a small town... 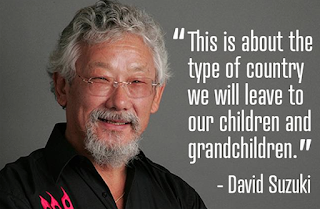 This old hippy nine-iron travels across the country by jet, spewing more CO2 and JP7 fumes into the atmosphere than 8 Canadian families combined in the pursuit of indoctrinating children with environmentalism. He does this by frightening Grade 2 students to death with visions of submerged cities and drowning polar bears. If we are to start nailing criminals to crosses again...it might make sense to make sure these two bungholes go up first...
These two guys are only a drop in the liberal bucket. So who are the phonies, the scammers, the sanctimonious hypocrites again? Despite their best efforts, the true nature of moslems is shining through in Europe and even here in north America - as are their efforts to whitewash and polish that particular turd. Their social experiments are failing all around us and it's becoming so plain to see - that they had to invent political correctness, use propaganda and punish truthful dissenters to keep up the sham.
I dunno about you, but I think it's time to re-examine both Christians and liberals - and see them for what they truly are.
All is not as some would have us believe.﻿
Posted by Glen Filthie at 14:39