As the old tune goes, the King Of The Road is he that handles economic adversity best.

The economic think-tank over at Golden Geese News are discussing the finer points of the world economy. Well...if ya can't crap in the punch bowl, do it in the think tank! I left a steamer in the comments for Neil that is kinda sorta related to the topic they're discussing but figured it should be discussed here too. 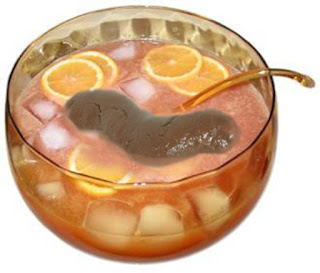 Pour yourself a drink and we'll talk about economics and politics...
I like Captain Capitalism but he's a little wordy and arrogant these days - and for all that I think he is 100% right on the money. There is nothing magical about money or economies. They work on principles as predictable and simple as those for thermodynamics. Ya can't push up on a rope, crap rolls downhill, and what goes around comes around. Long story short - we're all doomed. We have too many people riding on the cart rather than pulling and pushing, and too many of those don't understand that when ya borrow money - ya gotta pay it back. Add to that - we are now importing millions of third world human pieces of sewage that are so dumb they would rather starve and fight rather than work together to pull the cart...and our fate is sealed. It's only a matter of time, I'm stocking up on popcorn and ammo and you probably should too. This 'qualitative easing' is just so much economic turd polishing and sleight of hand.
But the one side effect that gets me personally is that the quality of the available jobs is in the crapper too. There's never been any real job stability or opportunity for me personally. Before I went to school I was seen as a Gen X source of cheap labour and could only find part time and contract jobs stacking boxes and driving forklifts. Shipping and Receiving is a horrible job. My employers literally were so goddamn stupid they would try to fit more product into their warehouse than it could physically hold. I got fired once because we had to put stuff in the aisles because all the racks were full and the warehouse looked like a mess. The manager that canned me got turfed himself a few months later, to my satisfaction...but our replacements still faced the same problems we did. And when you get right down to it my boss was getting it from his own management above. My job seeker advice is this: if a potential employer has a revolving door for its employees - I won't work for 'em. Period.
Employers whine about employees lying and padding their resumes but don't think anything at all about lying through their own teeth at a prospective new hire. After I got out of school I lost count of the outfits that offered me 'career type, long term employment' and turned out to be total pikers after you hired on. One moron gave me a bad performance appraisal on a formally typed up written report with veiled threats concerning my future with them if things didn't improve. I went home and thought about it and slept on it - and the next morning, rather than signing off on it as procedure dictated - I scrawled my two weeks notice of resignation and didn't submit it to my manager - I sent it to the CEO. My doofus manager was shocked and outraged - and the company closed its doors a year after I left. To be fair, I think the worst job in today's economy isn't burger flipping - it's management, hands down. I am forced to do it in my current job but will refuse to do it if circumstances dictate. Our branch manager who I call The Crack - is literally a neurotic, psychotic wreck like so many others. He was my manager when I started 8 years ago then got demoted and replaced. The new guy was sober, intelligent and capable and so of course - he quit when the execs and owners undermined him or wouldn't give him the tools he needed to meet the goals they gave him. The Crack was put back in charge and of course, he ran amok the same way he did before he was demoted. But he was a lickspittle and that was more important to them than ability I guess.  Now they've relieved him again and are parachuting a new manager in.
Goat. Rodeo!
The office politics and landscape is a minefield, there's feuds and anger everywhere - but I am insulated from it and can just leave on sales calls when things get stupid. Having said all that - this is the best job I have had in my 28 years on the job-market. If I had to work in the office though - I would have left long ago.
It used to be that job-hopping was seen as a red flag for employers but today it is an outright necessity especially for our younger kids. Companies don't hire and promote from within anymore. In fact, when I see a resume and the applicant has more than 10 years in one job, my worry is that he may lack the flexibility to move into a new job and succeed. Pretty much all my friends are job-hoppers in the private sector or they are lifer gubbermint workers that don't have to worry about things like job security or accountability. It's a nice gig if you can get it. Unfortunately I can only see this getting worse as we create toxic, understaffed work environments that compromise efficiency even further with with equal opportunity and workplace vibrancy hiring practices.

God willing, my next job will be part-time, in a gun/motorcycle/hobby shop. The house is paid for, the vehicles are too and though I can't afford to retire yet (nor do I want to) - I can definitely go Gault and only work hard enough to get by. None of this is to bitch or whine either - I thank my lucky stars that I was able to get to this modest level in life, but I know what my assets are: my wife, my health and my ability. Until North America's employers change their tune my priorities in life are my family, myself and my job in that order. From here on out Filthie is not rich - but he's free. May your lot be just as good and preferably better. 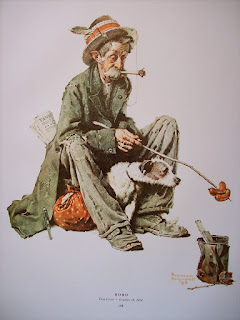 I smoke old stogies
I have found
Short - but not to big around...
Is living high on the hog and free simply a matter of attitude and perspective?
Posted by Glen Filthie at 07:35