Vox and Rooshie are supposedly alfalfa males that will learn ya everything ya need to know about women - and pretty much everything else too! I got banned off Vox's site for being an ignoramus. He got indignant when I pointed out that by his own definitions, his own son was a gamma-male! HAR HAR HAR! My sins became unforgiveable when I ridiculed his scientific posturing against immunization. (Ask him about it one day - it's stuff of high comedy). Likewise - I don't like Rooshie either. Like Vox, he's a childish meat hole that advocates treating women like chit. Perhaps we need to clarify a few things for the younger readers?

Fellas, I can tie any one of you into a chair and beat ya half to death with a lead pipe - and then put you on the water board for an hour or two and yeah - your life will be pretty miserable. But if you take all that pain and quantify it and put a number on it - it would come to about half the amount of pain a dull woman with a sharp tongue can do to her man. When women reject their man it hurts him right down to the core of his soul. When smarter women set out to do it deliberately and intentionally as many feminists do - they can literally destroy a man. Most of these manosphere pricks are young men that have been deeply hurt by women and it shows in their writing. If there's anything left of a man after he's been cut down by a woman - what's left is often bitter and angry. 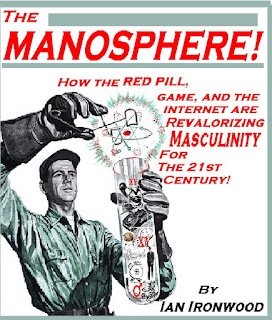 Welcome to your nightmare, feminists! You created this monster lying in your bed, and now you can lie with it.
The ass-hattery in the manosphere has reached comical levels - it's gone from the ridiculous to the sublime. Boys - for the record, there's nothing here. Yeah, modern society has changed and is working to separate women from the consequences of their actions. And yeah - consequently there is no incentive for them to think critically, responsibly - and otherwise behave themselves. From the divorce stats, roughly 50% of them are like that. Rooshie goes off the rails by advocating seduction techniques of dubious effectiveness to 'jump, pump-n-dump' the floozies, tire-biters, and skanks that some modern women have devolved into. Look him up on the internet yourself - I'm not linking to that greasy little monkey. All this may be new - but the way to deal with bat-shit crazy women and manipulative slutty skanks is the same as it always has been: be as polite and courteous as you can - and get rid of them in the most diplomatic and expeditious way possible.  I know from personal experience with my own daughter and mother in law that no amount of pleading for common sense or rationality will work. If they are hellbent on doing things that will make everyone miserable - the best thing for you to do is not waste any time on them and get out of the blast radius as quickly as possible - and find better company. My own wife did that, she has fallen in with a great church group and she loves the people. When stupid, feral women destroyed my family she was first on her feet and ultimately she will patch me up too and get me going. Don't treat women like shit - even the crazy ones. Find your tribe and save yourself. The ultimate truth is that most of those modern sexual train wrecks are uneducable f-tards and if you let them - they will take you down with them. The alfalfa-males of the manosphere deride me for being a 'white knight' - jargon for a guy that stands up for the virtue of women in spite of all their foulest vices. I am not - all I am saying is that - again, from the divorce stats - about 50% of women are still worthwhile. If you are wondering where all the good women are - well... mostly they're married, to guys like Yours Truly! They understand that men have flaws just as they do - and they understand the payoff on sacrifices and investments made for a successful classical marriage. They have raised their daughters to be the same way and if you are worthy - there's one that will fall for you too. 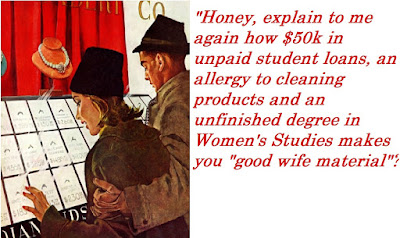 If ya gotta ask questions like that, you probably shouldn't be jumping in the sack with it...
The point of all this is that yeah - a lot of the manosphere is pure poison. But some of this poison DOES have therapeutic value the same way chemo does. And just as you can reduce your risk of cancer by not smoking - you can improve your chances of a successful classical marriage with successful classical courtship. I understand what a tough sell that is because it involves abstinence...but there is no such thing as free love as sold by feminists - that is a euphemism for weaponized sex and most men know it. If you doubt me - just ask Bill Cosby. He's going down - just another scapegoat for the faggotified pink shirts and cultural fascists and their lickspittles in the press.
All of which brings us to the redemption of Rooshie. Like Roosh, I hate those media fuckers with the heat of a thousand suns. Behold the Glob And Pail - supposedly 'Canada's Newspaper' for the last ﻿125 years. Now these shitlibs are slowly going broke. Some effeminate pansie was in their pages a week or so ago, going on about how Canada's media needs a bail out like the one the automakers got because nobody wants to read the dreck they print. If I had to guess I would peg their content somewhere around 25% of it being reliable news. The rest is just childish trolling by ugly women, effeminate men, with the odd sexually disturbed freak show to add 'spice and edginess'. The result is a paper you wouldn't wipe your ass with. They deliberately lie and distort in pushing the progressive agenda. While they sit there scratching their heads and wondering why they suck - it never even occurs to them to ask their customers. Their decline is classical socialism all the way. When it became unprofitable to merely report the news, the paper became infested with leftist shitlibs who insisted on fabricating it - and any counter culture malfeasance was explained away as being 'unbiased' and repackaged as being 'trendy and edgy'. Old school conservatives, honourable clergymen and community leaders were pushed off the soap box, and replaced with homosexuals, angry and unhappy women and feminists, and staggeringly stupid socialists. Trolled by these morons - readers left in droves. But - forced by economics to sell copy, the rag sheets found that they had to be even more outrageous and generate even more controversy...so the paper, written by amoral stupid people for other amoral stupid people - began to troll its own! More readers leave and turn to the blogosphere for intelligent commentary. Revenues dive. It would be intuitively obvious to even the slowest of us that if you go around offending the majority of your readers, and editing and writing your paper for a tiny majority of deeply disturbed and offensive people - they will be the only ones that buy it. Suck on that one, Globsters! Soon, even a quack like Rooshie will have a larger readership than you do! HAR HAR HAR! 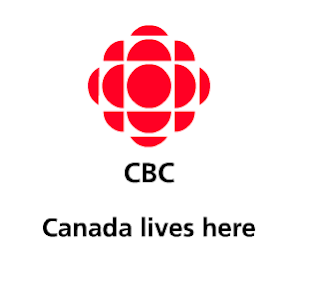 Don't even get me started on these shitbirds. If by 'here' you are inferring that Canada consists only of the sleazy innercity cultural dumps of Toronto and Montreal...you might be able to say that.
The CBC has ratings that often dip into the single digits. Not even the bitchy faggots, the elderly hippies, and the screeching feminist shrews are watching it. Yet the parasites running that gong show eat up a billion dollars or more of taxpayers money each year.
Ironically all these morons might actually get a revenue boost by interviewing genuinely edgy, contrary and controversial people like Roosh. But no...he's too offensive! Unlike the big fat ugly lesbian that thinks all men suck - and isn't afraid to say so in a national medium! Or the whining flimp that thinks the gubbermint should pay him to write chit nobody wants to read! (Actually, that might be a good deal for guys like Yours Truly - but a raw one for you all...HAR HAR HAR!)
So here it is that I sit, quietly sharpening my bayonet, pausing for the odd handful of popcorn...watching my ideological enemies eviscerate each other...and waiting for the first shot to be fired. Once they're done, men of reason and worth can mop up the survivors with some deft blade work! 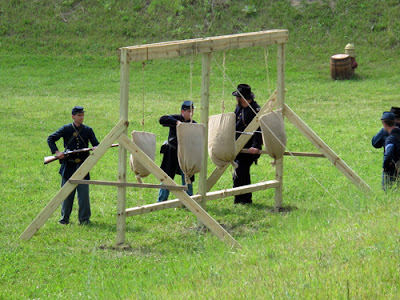 The proper method for dealing with our feral media...if we made that frame larger we might be able to get a few more 'journalists' on there...
Posted by Glen Filthie at 08:44