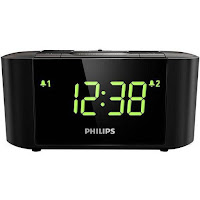 My clock radio is set to CKUA - I think they are an independent station run by old hippies and urban cliff dwelling homosexuals. At 5:00 am Bob Chelmick comes on, sounding like he's overdosed on Valium and cheap malt liquor - and reads poetry and plays music from 'local artists'.

Ordinarily I have no time for such morons. But Bob's "schtick" is that he lives in a rural cabin in the woods by a lake called Nakumun - where he supposedly lives off the land, off the grid and by his hands and hard work. He describes it as life 'in the wilderness' when the reality of it is that he is smack dab in the middle of yuppie cottage country. Supposedly he knows more about livestock than CM, and is more independent than PP over at the Small Hold. And of course, amidst this solar powered solitude of the Boreal Forest by a lake called Nakamun - Bob has nothing but time for visiting pretentious poet laureates, or a willing ear for obscure songwriters and part-time cocktail waitresses and other struggling 'artists'.

It's hilarious. And - it beats the hell out of the competition on the radio dial where you can wake up to bantering idiots that think that they are so silly and stupid that they're entertaining. Dunno about you - but I only find the shock jocks annoying. Although Bob doesn't intend to - he makes me laugh as he goes 'elk hunting' on horseback amidst his yuppie neighbours when the season closed 4 months ago... Kill 'em all, Bob! Don't forget your gun! HAR HAR HAR! 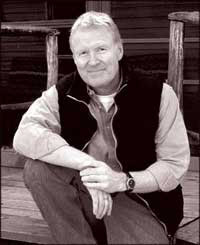 Bullshit Bob - probably back from an elk hunting trip on the neighbour's acreage and a tub of Valium...

There's good in everyone and even in bloated gas bags like Bob. I woke up one morning and Bob had just come on the radio, having fed the chickens, he had done some morning yoga, and was preparing to 'count his blessings...' I hurriedly turned him off - guys that do yoga can't have much to say worth listening to, and I had to get on with my day. Later in that day I was up to my ears in snapping alligators in the middle of a shit show of comic proportions...when Bob's words came back to me - right out of the blue. 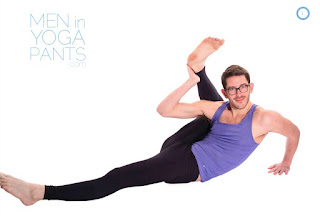 No, not that. I am trying to forget Bob Chelmick ever talking about that! GAH! Say...isn't that Uncle Bob? Ew.


My family life is a schmoz that I have recounted here before. Long story short, my daughter is an estranged, under-achiever 31 year old gay hipster that isn't growing up. My in-laws are hateful, intrusive seniors hell bent on destroying my daughter by 'protecting' her - and that meant undermining me as a father and my wife as a mother. When they weren't interfering in our relationship with our daughter - they were chiselling at our marriage and trying to undermine that too. Last fall I put an end to it once and for all and our family imploded. Like any of you I thought of it as a small tragedy, all too common in modern families these days.

But...there is good in all that too. Looking at it objectively - my in laws were going to spend their retirement entertaining themselves by trying to ruin mine. I had never really realized it before and it struck like a bolt of lightening. No matter what I did, no matter how nice I was or what concessions I made - that stupid old woman was going to use me for a door mat and her husband was going to use me for a punching bag. I realized that I did not want them in my family ...so the parting of ways is actually good for everyone! I had been mourning the break up of my family...but it was actually a good deal. I wish my in laws well...and hope they find whatever it is they lack in their final years. As for my daughter... a lot of people think queers are just nice people that want to be left alone to live their lives...but my daughter and her circle aren't like that at all! They thrive on making others unhappy and consistently go out of their way to do it. She needs to grow up and if she ever does maybe we can find common ground. As it is, I am thankful to be free of a bunch of angry homosexual social justice warriors trying to stuff me in the closet they came out of for the sin of being a white male. I am blessed to no longer be a part of their melodramas. It never occurred to me to think of any of this as a blessing - I thought it was all a failure. My daughter will find her way - eventually. Just as I found mine.

I have two hoople headed dogs that think I am a god because I take them out and walk with them. My basement is full of gunpowder, rifles and ammunition and enough food and supplies to safeguard a family for a month or two. A new motorcycle is hibernating out in Filthie's Playhouse waiting for spring. Improbable flying machines wait to take to the skies on my workbench.

It's like living in the dungeon and then being freed out into the light - the bright light and freedom scalds the soul at first - as you examine a painful tragedy only to find it's actually a relief. I'll be damned...but I think I have life pretty darned good, now that I think about it. In fact, life couldn't get much better for a foolish man like myself. So it is that I count only a few of my blessings...hell, I forgot my wife! Most men would kill for a woman like mine but in concentrating on life's ills...I have started to take her for granted! Holy mackaral! Perhaps an impromptu trip to the flower shop is in order... And...HFS! I have an anniversary coming up! It's in the mid-30's now! I need to plan something - fast!

In spite of himself, Bob Chelmick hit a homer. Count your blessings - they may not be where you expect to find them.
Posted by Glen Filthie at 08:16