An Ill Wind In The Willows: The Frogmoor Rifle


When my daughter was small I used to spend time with her in front of the tube as she watched her shows. I worked shitty sweatshop jobs in those days trying to make ends meet. 12 hours at it often left me just plain bagged at the end of the day - but what a relief!

I would get home, kick off my smelly work boots - and often my wife would have an awesome supper ready for me. After plowing through that, I would crash on the couch beside the kid to watch TV with her and often fell asleep watching dreck like The Smurfs, My Pretty Pony...and sometimes, these guys: 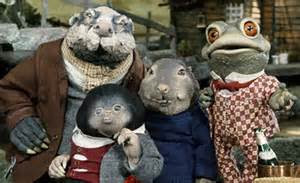 Great days and memories, before all the drama, anger and hate and my daughter was just a normal, beautiful little girl. 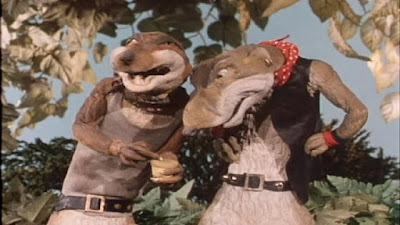 I think I actually worked with those guys at one point...they could even make adults laugh. There's always a little bit of the kid in all of us.
Sometimes I coud stay awake and watch them. Often I passed out and started snoring. I got up and went to work early in those days and was often gone before my daughter woke up. When you're young you can always do something later. When you're older you have to do things now because there might not be time later. When you're older still...I suspect you look back on all your wasted time and wonder what in hell you did with it all!
In any event I was reminded of better times and people when I saw this little gem - the Frogmoor Rifle!
I like to ponder grand old antiques like this. Imagine the Creedmore tournament: set in a day when shooting was a wholesome and respected sport. Men in bowler hats, tweeds and ties smoked cigars in between matches, and perhaps steadied their nerves with a beer or two, unconcerned with the bed-wetting paranoia that surrounds guns today.
Ya know yer getting old when ya miss the good old days.  :) I think I'm gonna make a point of hitting the range a little bit more this summer. The handgun shoots are coming up at my club and I am busy polishing turd polishing my technique in preparation. Make sure that you hit a few of the matches too if ya can. it will only be summer 2016 once...and you may never be back this way again.﻿
Posted by Glen Filthie at 11:02