This echoing, wet fart sounds like a pistol shot in the quiet moral and ethical vacuum of the socialist liberal idiot chamber.

People think social justice warriors are a new thing. A hundred years ago I used to hang out at an extinct politics forum that was pretty much 'small c' conservative in nature. There were a few lefty bungholes and some outright commie loons but we passed the days fighting, scratching, gobbing and gutting each other as we went about solving the world's problems. We honestly had free speech - for awhile. I would like to think I was favoured by the moderators and admins - because when some leftist meathole opened up and excercised his right to an opinion - I would give him mine - in no uncertain terms! The problem was that whenever some leftist flink got wind of it - our forums just got shuttered by the angry service providers - so we moved from site to site over the years. I suppose it's ultimately ironic, isn't it? If you speak freely or honestly these days - you will have a target on your back too! HAR HAR HAR!

Your days are numbered, you free-speechin' blackheart!

I had two leftist punching bags I liked to work out on. One was MM - an old hippy fart sucker with a gay daughter that figured we had to re-invent society so his disturbed but precious snowflake wouldn't feel bad about herself. Back then I honestly didn't think it was gonna happen. Sure missed the boat on that one... 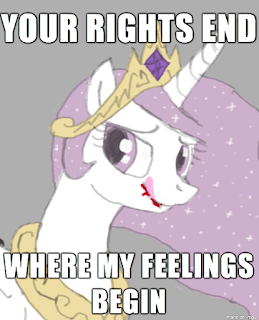 The last real leftie liberal on our forum put his head in his hands in despair when the queers he championed turned into the monsters I said they would. Those underdogs he was defending - turned out to have rabies....
Back then the queers were still locked in the closet and he claimed that they only wanted the privacy of their own bedrooms. He was serious, too. He honestly thought that gays and liberals were one and the same - people with a wholesome and healthy alternative lifestyle that just wanted to be left alone. And of course, when the queers broke down the doors of the closet, their bedroom doors exploded outward and the next thing ya know - they were hammering on the doors to the court rooms, the class rooms, the board rooms...and now they're in our bloody bathrooms!

But the guy just flat out refused to see what was going on. In a few short years we in Canada had the 'human rights commissions' which were charged with policing people's thoughts and speech. They attacked anyone that dared speak out against the gay agenda and were quietly disbanded by the Harper conservative gov't after people began to seriously think about public lynchings for them. I think they should have been lined up and shot - but that's coming, no doubt. I still remember the despair when one day - after arguing with that old liberal idiot for YEARS - he conceded I was right about a few things. The queers were suing some pastor or priest for an anti-homo sermon...and even that old liberal moron knew that was wrong.

Another of the forum's leftist intellectuals had a screen name of 'The Revelator'.  That mentally disturbed nut bar drove me damn near bananas. In fact I shut my blog here down for a couple years because she would drive by, stop in and crap in the comments and lose her bloody mind! 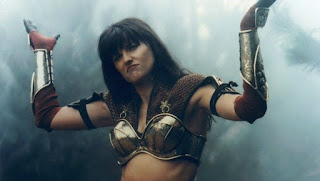 This is how I like to think Revie The Warrior Princess looked.... 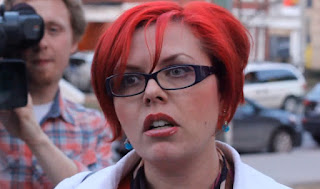 But I think Revie actually looked more like this.
The cunned stunt was years ahead of her time. Years before our current president, Justin Trudeau started flooding the nation with Syrian vibrants - Revie was calling on the bigoted Harper gubbermint to bring in the poor, misguided Taliban from Afbhagistan. She regularly ripped on the NDP and the Liberals for "pandering to right wing interests." Good lord. The fighting on our forum was, sadly, very much like that going on in Parliament! 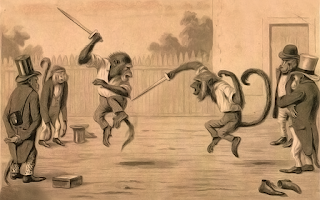 I should have drawn my pistol and killed MM and Revie when I had the chance!
Back then everyone scoffed when I ranted that liberals were trying to turn our country into Thailand and wanted to mainstream pedophilia. And today, they stand proudly by grown men that want the 'right' to pee with little girls. At the time I dismissed those two as just names on a computer screen but I sometimes wonder about them now. Are they happier now that perverts poop and pee wherever they want? Once they've mainstreamed pedophilia - what is next on their list of morals and ethics to destroy? Are they proud of what they've wrought?
One thing's for sure - civilized debate with people like this is not going to help anyone. I wonder where all this social engineering ultimately goes?﻿
﻿
Posted by Glen Filthie at 16:05