I hope you boys have a good ol' fashioned Father's Day...and if ya don't have kids of your own, make sure you try and make it one for Pop!

Fathers Day and Mothers Day used to be really tough around here. While my daughter was growing up they were never a big deal, sometimes we got cards and small gifts, sometimes not, usually we went out for lunch or BBQ's with my wife's parents or mine.

Ten years ago, my daughter was a beautiful, smart young lady with the world by the tail... and I was so proud. It was all I could do not to gloat about how proud I was of my daughter and her prospects. There's parables and scriptures about fools and pride, how pride goes before a fall. When Uncle Bob lectures about the deadly sins a man can commit - he sometimes talks about hubris. I sent my daughter off to university with all that I could give her. All my hopes and pride rode hard on that girl and perhaps the load was too much to bear. Perhaps something happened at school and I was not there to help. Who knows? Long story short - my beautiful daughter left home for school in another city - and somehow came back a wretched, sullen, angry militant lesbian social justice warrior. Of course we clashed and my family tore itself to shreds. We haven't spoken in 5 or 6 years now and probably never will again. Such a wretched woman she's become that I dunno if that is a bad thing or not. For the last half decade, our angry parting was a shit stain across my soul that just wouldn't come out. I've been angry and sullen too.

They say there are five or seven stages of grief but for me it was one great big long, hard suck. When I started this blog a few months back I was still under a cloud of grief that didn't show any signs of lifting. But finally....FINALLY... a couple months back, the pain started to fade. I had done my best as a father, had somehow failed spectacularly - but that the game was over and done and it was time to move on. I had no more tears, no more grief, no more anger. I have regrets - but that's all they are now. 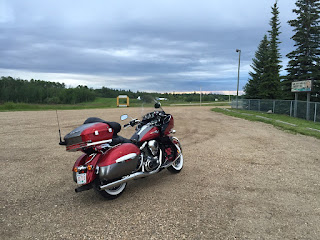 It's an odd feeling, as this cloud lifts. Things that haven't mattered to me for years - suddenly do. I started taking an interest in things. You can putt on my lawn, the grass is so well taken care of! Suddenly the weekends are too short again, what with chores, the bike, the RC planes and the guns. I still have the occasional bout of gloom and sorrow...but the ol' heart is mending. It's about time.

I'm alright. If you should happen across this blog, Spud - Mom and I are fine and hope you are too.
Posted by Glen Filthie at 07:00