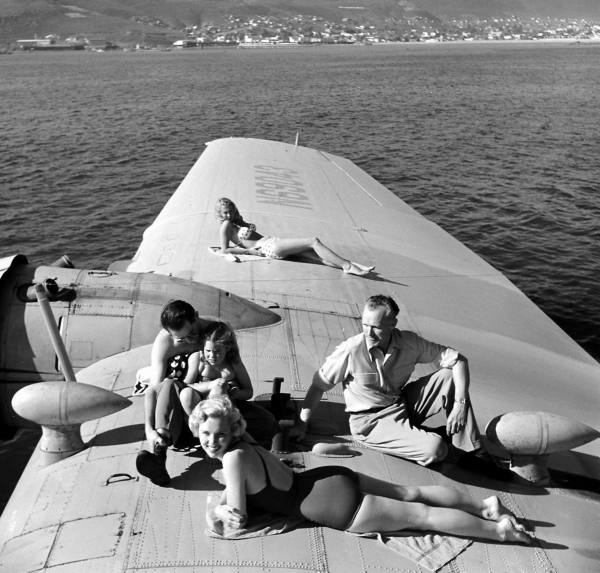 Yesterday I had a brain fart and mentioned that I went to school with Wop May's grandson. I dunno how famous Wop May is to our friends in America but up here in Alberta, Canada - he is up there with guys like Neil Armstrong, Pappy Boyington - and the Red Baron. He was a fearless bush pilot that would fly medicine and doctors into remote indian reservations when these machines were made of spruce and doped fabric - and made the Canadian Bush Pilot a hero of the North. You can look him up on Wiki.

In any event, a great story: 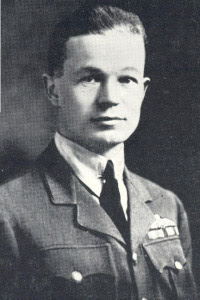 The shitbirds on Wiki have a hate-on for Roy Brown

This guy made waves in WW1 as a fighter pilot. He was shocked and outraged by the code of chivalry that the Euro fighter pilots lived by. They felt that every fight had to be fair, if your enemy was respected you were a gentleman that let him escape to fight another day, and you respected him and expected to be respected in return - you get the idea.

Canadians took a major shit kicking in WW1. My own grandfather was a dough boy in the trenches and came from a peasant farmer family near Edmonton in England. Long story short - dead Canadian soldiers were coming home from Europe by the boat load and it had an affect on the men of that time. They became absolutely ruthless in combat and history has scrubbed most of the atrocities and whitewashed their ruthlessness as bravery - if my old grandfather was to be believed. So it was that when Brown was admonished to fight by the Chivalric Code - he told the Brits to cram it! Perhaps he had seen too many of his young friends wind up in boxes after going through the meat grinder of WW1? Any Hun that wound up in his gun sights was getting shot and that was that for that! The Brits were disgusted but couldn't say anything because the man had an impressive war record. He was literally the first of the new air fighters of the 20th century: no quarter asked for, none given.

Lore has it that one day out on patrol Brown led his squadron into a dog fight and as was his custom - new pilots were forbidden to join in the scrum until they became more experienced. When they came upon an enemy patrol - Roy and his men engaged with them while the new rookie of the squadron - Wop May - orbited nearby and stayed out of the fray.

Manfred Von Richthofen liked to fly up in the sun. When his boys engaged the Allied planes below and distracted the pilots, he would come diving down out of the sun and bag anyone that wasn't paying close enough attention to his six! So it was that he lined up one day on Wop May - and went in for the kill. Seeing The Baron after one of his new pilots, Brown broke from the fray and charged to defend his hapless young pilot like an angry hen defending her chicks.

He had wrung up scores of kills in just this fashion - the pilot in front of him would be so engrossed in the fight in front of him that The Baron could sneak up behind and let his enemy have it in the back with twin Spandau machine guns. So it was that he died that way too, if the story is to be believed. He was so intent on killing Wop May that he didn't see Roy Brown sneak up behind him! Roy let The Baron have a taste of his own medicine that day, and screwed him out of his 83rd kill. The Baron became Brown's 26th kill I believe, depending on who is running the score board.

And of course the usual gold diggers, gas bags and historical revisionists got into it after that. I think an Australian anti-aircraft crew tried to claim The Baron's scalp, and maybe they actually did.

For me - I love a good yarn and I award that kill to Roy Brown. The Baron has his legend, Wop May has his...and Roy deserves one too.