Well, that's what happens when you import millions of uneducated low skill/low IQ third world animals. And let us not mince words about who is responsible for this goat rodeo: Europe's women. Uncle Bob says it and I agree: women are socialists and fascists by nature and the bulk of leftist political support comes from them. That isn't to say women aren't capable of reason - I can think of any number of women that are too smart for leftist politics and any number of men that are so dumb, they'll swallow leftist crap as fast as they can shovel it. Angela Merkel should be hanging from a lamp post and no bones about it.

This is only the beginning, too. It is a rotten thing to say but entirely true - the third world is a shit hole because of the scum that live there...and now they are in Europe. They are flooding in here too - and they are bringing their stupidity, their superstitions, their blood feuds and corruption with them. 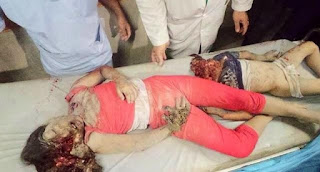 Another fine day in the third world...