Random Thoughts From The Reloading Bench

The Orlando massacre has brought out the worst in a lot of people and it is easy to get depressed with the usual turd brains that insist on blaming the guns rather than the people. It's unfortunate but true - old people, women and children are easy to frighten and manipulate and a lot of them aren't the best critical thinkers. The ol' Rat, for example, doesn't see the end game here. He thinks the Donks will be happy if they can ban sport-utility rifles ... and they will! But it won't end there: the Donks will then have the power of legal precedent to go after all the guns - and rest assured, they will! My advice to you Americans is to give the Democrats the finger on gun control - and some hot lead if they get stupid about it! Once they have your AR15's they'll go after your handguns, and after that, your deer and duck guns. They tried that up here in Canada and damn near got away with it. 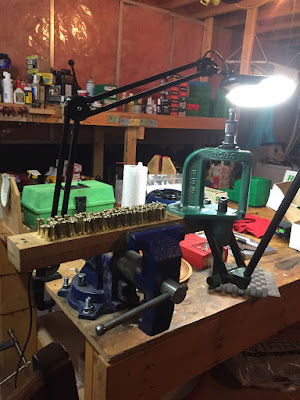 You can imagine my surprise though, to see actual good things coming out of this tragedy. I run afoul of my fellow Canadians up here because I am conservative and love Americans - and stuff like this is the reason why. Consider: 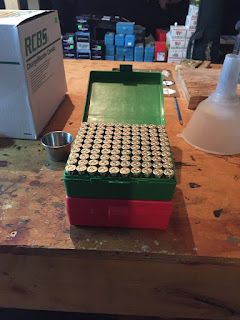 As a Canadian that pays lip service to liberal gun laws, I cannot stress this enough to my American friends: it is your right to defend yourself and the best person to do that is YOU. None of the problems I listed above are justification for mass murder - but this little point is: the biggest problem at that bar that night was that nobody shot back. One law abiding American could have made all the difference in the world - and that is where the tragedy of all this lies.

As a Canadian gunny I get the odd newsletters going round and one excerpted an article from a local American rag - buried at the back. Some eeeeeeeevil Christians in the states were having a BBQ/picnic. A failed liberal social experiment showed up to turn it into a turkey shoot and had a duffel full of guns. He got one out, got a couple shots off - and a church lady plugged him twice in the chest and put him down. Fatalities? One. The perp.

That should have been all over the news, but it was ignored. Stuff like this happens all the time. An AR15 does not make you invincible as that boy proved. But there is another lesson to be learned here and it is with utmost pride that I note our own Canadian law enforcement up here have taken it to heart: when these things go down the absolute wrong thing to do is set up barricades, and wait to start negotiations with the gunman. We had a copy cat in Montreal a few years back go into a university with one of those Beretta 9mm carbines and the second he started shooting - the cops were on the way! Two cops were at the scene in literally minutes. They didn't futz around with negotiators, the media, or the hand wringers or politicians - they cornered that little mutt and shot him down like the cur he was. Casualties? One. The perp. See the pattern emerging here?

Look after yourselves. Get a gun, learn how to use it and most of all - get out on the range and enjoy the shooting sports too. Be responsible, shoot safe, and most of all, have fun.