Saturday Scribble: Why I Own An AR15: Revised


Honour is a gift that a man gives himself. If he goes to the expense - respect follows. Sometimes respect and honour are subtle and understated. Sometimes a man can lose them through no fault of his own. I've said some things here in haste and in anger and to give everyone a fair shake I've redacted the lot. Further, I am forced by chivalry to put up my guns and hold my fire - for now. But I will have you know this - it sticks in my bloody craw to do so. Most who read this may misinterpret my actions. The person benefitting from them will never appreciate them. I can't help such people; I have neither the skills nor the patience - but my heart goes out to those that do.

The rest of the post stands. Now, if you'll excuse me - I am off to the shitter to stick my head down the toilet and flush a few times.

"Everyone is going to die sooner or later,
so aspire to die well and take as many of the bastards with you as you can,
both personally and in reprisal."

Everything in life is a choice. Right up to and including slavery. 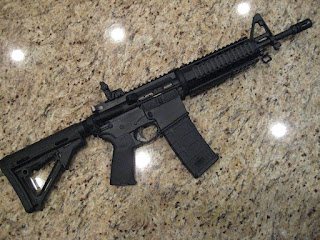