Sunday was rainy and crappy out. It was too windy to fly (and even if it wasn't, the club was putting on an airshow - skilled pilots only, no pikers or amateurs allowed in the air!). The boys have my motorcycle in at the shop and will be putting on some retro whitewall tires for me. So it was that I packed my truck with machine guns and pistols and targets and cartridges and prepared to skip church and head to the range! Only problem was...it was church day, and my wife is now a Christian. Worse - as a friend of the faith I have obligations too! She didn't give me The Stink Eye (I'm immune to that thanks to my Filthie Superpowers)...but she gave me The Look.

I like to go early to the range before all the idiots and hoople heads get there and I usually finish up just as they start to arrive...but not today. I went to church instead. My heart just wasn't in it though. I couldn't keep up with any of the hymns because I can't read music and I'm only beginning to understand how their song books work. It's kinda like an archaic version of 'follow the bouncing ball' that they used to do on those old antique films where there was a pianist in the theatre and the audience would sing along. I fell asleep a couple times too and nearly shat myself in fright when I woke up. GAH! When would this END???

But then the guy at the lecturn took me into the boards and woke me right up. He started talking about how people are constantly told to "follow their dreams." Especially the young ones. He explained that he himself dreamed of living in a cabin by a remote lake and of course - reality dispensed with that dream handily.

That stung me hard because my poor daughter - JFC, every time I turned around some ass hat was telling my daughter to follow her dreams and never give up on them. She wanted to be an artist. She got that from us, my wife and I were doodlers and sketchers and some of our stuff wasn't bad but most of it sucked. Unfortunately, for my daughter and millions of other aspiring artists...she pretty much sucked too! (And having said that - she was still a better artist than her parents... or me at least...). She dropped the sciences at university, signed up for an art course at the urging of her idiot grandparents (over my objections!) - and she was lost. Four or five years she spent in that mickey mouse art program, student loans, couldn't find a job afterward...and she ended up working part time in a bicycle shop in BC, far from home - today she's a gay hipster, a kidult - I don't think she could grow up now and start acting like a responsible adult even if she wanted to. She was constantly encouraged by her educators, her grandparents and her friends to 'follow her dreams'. Where she is now...I couldn't tell ya. 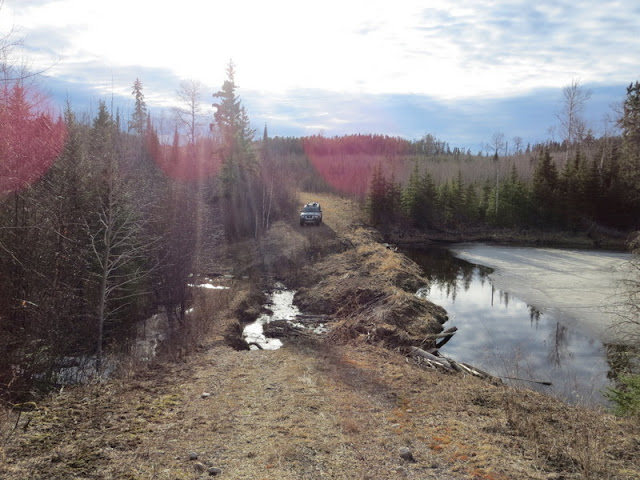 The preacher then dropped the other semantic bomb: maybe you can't be the person you dreamed of being...but ya can be the person you SHOULD be...and then he  started prattling off some scripture while I was lost in my own thoughts.

I always dreamed of being a guy like Wirecutter - I wanted to be a tatted up beardo with a motorcycle and a 'fuck you' attitude for stupid people and The Establishment. Or maybe like John Glenn - the over achieving strait arrow astronaut that paved the way to the stars. Unfortunately I was never as cool as WC and I was never as smart or as driven as John Glenn. When I turned 18 all my dreams were clearly unfeasible, I didn't know what to do and didn't have the work ethic or maturity to commit to anything or make a decision. I started to drift. I got a double whammy: I going to be neither the person I dreamed of being, or the person I was supposed to be!

Who am I supposed to be? A crabby old fart that plays with RC airplanes at the airfield? Another geriatric geezer on a big motorcycle? A gun club stubfart? Who are YOU supposed to be...? And if you're not that person, why not?

Awhile back The Mohave Rat gave me supreme shit for snuggling up to the church. Like many liberals he sniffs with disgust at the church and the stereotype of the sanctimonious, holier than thou types that the old school churches cranked out like they were sausages.

HAR HAR HAR!!! HAR HAR HAR!!! I shouldn't pick on The Rat cause I'm no better than he is...but I'm glad I went to church yesterday. I don't think I'm a bad man for all my failings... sure I can be a shit at times (sorry again, Rat! Cheap shot!) - but maybe a little polishing and filing on my personality can't hurt. Maybe the result won't be worth a pinch of shit, but perhaps the payoff is in making the effort.

Your two cents, as always, is sincerely appreciated.
Posted by Glen Filthie at 07:54