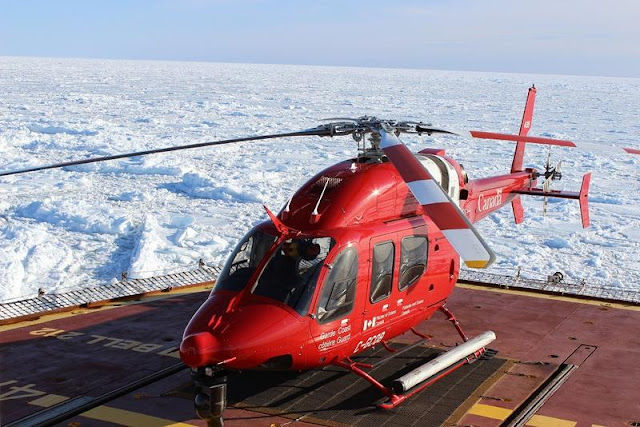 If you grew up in Northern Alberta as I did, you are at least touched in a peripheral sense by the aviation industry. I went to school with Wop May's grandson. (The poor lad got funnelled off into a 'special ed' program the next year). When Dad built a minibike out of scrap metal and an old rototiller engine, my big brother rode it on the nearly completed runways of the new Edmonton International Airport. My Dad worked for Max Ward. One day Dad took me in to work after hours to see Max's spanking new Boeing 707 back in the 70's. The place was heaven: big planes, little planes, tail draggers, Cubs...and now jet planes! Edmonton was on the map!!! Pop and the guys constantly gave Max shit because he was a 'hands on' man - not your stereotypical CEO. He would go out on the hangar floor in a 3 piece suit, notice somebody having a problem with a sewage valve on one of the birds - and roll up his sleeves and go over to help. Or he would start wrenching with the mechanics. From the way I remember Pop talking about him - Max was a small company business man who had accidentally let his company run away from him. Pop left the company when Max tried to make him a flight engineer and move him to Tranna. Pop turned him down, wanting to stay in his home town and keep his feet on the ground. As a kid I never forgave him.

Then I look at that chopper sitting on the flight deck of some ice breaker as an old fart that fears and loathes rotorcraft... and I can see his point. In high school my shop teacher was a retired chopper pilot who learned to fly when choppers were still in their infancy. Of his class of 50 students in the RCAF only he and three others were still alive (this was back in the early 80's) - the rest having perished in accidents. One of the kids on my hockey team lost his father when he got clipped in the head by the tail rotor of a chopper up north.

I screwed Darwin and Murphy out of an easy kill myself when I crashed my ultralight on a standing crop of Canola ... was it over 10 years ago? Time flies. Those two will have me but I hope to lead them on a merry chase first! When I die it will probably be with my corpse caked in manure and not at the controls of an aircraft.

Today I fart about at the RC field with my toys and we laugh and jeer at the mishaps of incompetent airmanship and foolishness...and that is as close as I want to get to aviation these days.
Posted by Glen Filthie at 07:00