A Modern Filthie Fairy Tale: The Faggot And The Ho

Oh good grief. Sorry about the false advertising everyone! Fairy tales and fables are supposedly about teaching morals and ethics... and we ain't gonna see any of that here! This is why I won't twitter or tweet or facebook or any of that shit. The bitchy faggot would tell us that harassing an actress is actually literary critique; and the big black ho would have us think that any critique is motivated by racism and sexism. Morons.

I saw the original Ghost Busters at the Drive In. (There's a whole generation of adults alive now that probably doesn't even know what a Drive In is). Bill Murray was still half-nobody back then - an emerging talent that would either go far in the industry or fizzle out like so many others do. It was a summer blockbuster and even the music for the movie got on to the charts. Every weekend we were at the drive in for the dusk-to-dawn stuff. They always showed the good stuff first and then ran the 'b' and 'c' movies afterward. It was the only affordable way my wife and I could get away from her awful, suffocating parents for a date.

Apparently a lot of people are taking offense to this re-make and are livid about it. Other folks could care less, it's all about fun and entertainment and that's it - why get your nose out of joint?

I'm not going to go see it. And not because it is another social-justice-warrior stinker (which it is) - I go to movies and buy books to be entertained, not lectured. I am also an old fart that was a voracious movie-goer and reader as a kid. There aren't too many stories out there that will rivet my attention the way they did when I was a kid. That is the hell of getting old... you start getting to the point where you've seen and heard it all! It's even worse for my wife - she can tell who the murderer is 5 minutes into any Hollywood Who Dunnit.  At about the ten minute mark she'll have the plot accurately mapped...and it's all downhill from there.


Gawd, I wish I were young again. I would wait on pins and needles for the blockbusters to come out. Back then all the old geezers of Hollywood were young too - the women were achingly beautiful and the men were strapping handsome brutes and none of them had to worry about their sexuality. My wife girlfriend and I would go in with a Tub-O-Popcorn and within minutes we were under the timeless spell of the story tellers. Nowadays I go in with my tub of popcorn, eat half of it and fall asleep. Then the next thing I know, I'm rudely awakened and I'm getting in shit from the wife because I'm snoring or snuffling or farting in my sleep! Hmpff, maybe I should go see the Ghostbuster remake after all, HAR HAR HAR! I am going to sit right behind Uncle Bob and that smoking hot old cougar he's dating... 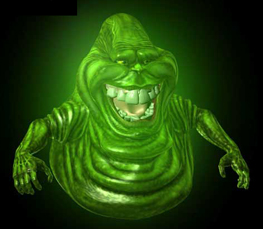 The modern pan-sexual social justice warrior. There's
something oddly familiar about this one...
.

UPDATE: A respected literary scholar weighs in for an objective critique of the show.
Posted by Glen Filthie at 11:20