When I was a kid I made an opulent living on returning beer and pop bottles and invested my fortunes in the comic book industry. Had I kept those comic books and taken the time to sort through them today I probably would have realized a 50 to 1 return on investment by selling them to pastey faced cellar dwellers  collectors today! 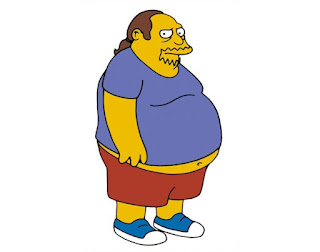 I had boxes and boxes of them. When I was about 10 or so, I noticed something odd starting to happen to my comic book heroes. They used to fill the pages beating up the bad guys but all of a sudden they just seemed to turn into soap operas. They became boring. Who wants to read about Peter Parker bickering with Mary Jane? If I wanted to see that Mom and Dad would do it for free, HAR HAR HAR! Decades later I learned that DC and Marvel had decided to grow comic books up a little bit to appeal to older readers and reach a bigger audience. They started introducing drama and romance to the story lines that I just wasn't old or mature enough to appreciate. The comic books had left me behind which was just as well, considering.

I started reading magazines. I still remember my poor mother ripping a TIME magazine out of my hands. "Lookit, Mom! The Americans cut off some gook's head and stuck it on their army tank! I want to go to Viet Nam!!!" (Of course, that wasn't exactly what happened, and mine wasn't the proper reaction - but journalists will be journalists). Mom started buying me books. The comic books slowly got pitched as I filled the boxes under my bed with books. In the space of a year my reading tastes had pulled ahead of the comic book industry and this time I left them behind.

When the super hero movies hit I was just smitten. They did them right: Jay Jonah Jameson was an ignorant prick. Peter Parker was a hapless young man. When the monsters showed up the men all gobbled in fright and the women screamed in terror and only The Amazing Spiderman could save the day! Michael Buble and his big band even did the Spiderman theme song when the hero saved the day AND rescued the pretty girl.

Look out! Here comes the Spiderman!
I've never laughed so hard in my life. Turn up
the volume!

Today the cellar dwellers, fan boys and geeks are all a-flitter because the social justice wankers are making the comics politically correct. Spiderman's black now, apparently, Thor is a woman and Captain America is a fudge packing faggot. One thinks of those 1950's parents railing against the comic book industry saying they were mind numbing dreck that was unhealthy and unwholesome...welp, I guess we know what visionaries look like, don't we? 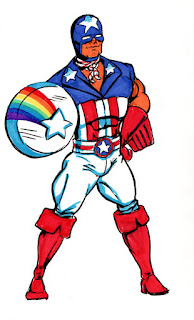 All the frooty colours of the rainbow!
I wonder if his tights have the hole in the back...

As a grown man old stubfart watching the world going off the rails all I can do is chuckle and pity the kids these days. In my day parents didn't want their kids reading the works of poisoned minds but today they want to ram that shit right down their throats. This isn't entertainment - it's indoctrination. This is how you make little fascists and commies. Except we are making perverts and degenerates.

I gotta admit though that I did appreciate some of the female comic book villains in their smoking hot latex costumes. I suppose now, to get with the times, they're gonna make them all hairy assed white guys in the interests of social justice.

Great Ceasar's Ghost! It's Cat Man!!!
Hit the bath house, Captain America!
This is a job for Captain Sweatpants
And His K9 Crime Fighters!!!