Hinterland Who's Who - The Otter

The answer to Hinterland mob bosses is the same here as it is in NYFC (Noo Yawk Focken City): 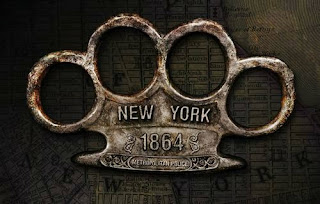 I know the Hollywood Mafioso is all BS. But if Johnny Bosco, Tony Soprano and the Good Fellas were all real people I think I would get along with them just dandy. Up here in Aaaaadmintin we have the small time pikers and shit-skinned race gangs doing nickel-and-dime stuff for the most part.

A hundred years ago in Millwoods (or Little Bangladesh as we locals call it) - the peace was shattered one winter night when a local packie drug dealer went down in a hail of lead during a drive-by. It was hilarious - his father was in the news the next day wearing a turban and sobbing 'My boy was not involved in organized crime! He wasn't...!!!'

A smirking cop was on a short time later saying "Not only was his oldest son in organized crime - but his youngest is too... and five'll getchya ten that he goes to his final reward soon too...!"  And a week later - the little brother got whacked too! The Vietnamese did it and everyone, including the cops knew it, but couldn't do anything about it because RACISM! There were a couple reprisal killings and then everything settled down as the monkeys figured out their place on the totem pole and the law of the jungle re-asserted itself.

We get bent out of shape about gun violence and we shouldn't. The vast majority of gun crime is like this - criminal on criminal violence. I'm sorry but I don't have a problem with it. I think we should give them free ammo.
Posted by Glen Filthie at 22:12