Story Telling And The Alpha Female

Now I've never made any secret of the fact that I think Uncle Bob is a wuss and I laughed. "Don't be such a fag, Uncle Bob, what kind of pussy gets his ass beat by a woman? You should be ashamed of yourself!" And with that - I stomped into The Treehouse to take out the trash!

I didn't even see it coming. A small bony fist crashed into my temple and after that all I saw was stars and tweety-birds. When I came to my senses, I was being dragged into the crapper by my head by a crazed alphabitch!! Good lord, this wretched woman was strong! And fast! Before I knew it my head was forced onto the rim of the toilet bowl and she started slamming the seat down on my noggin and before I knew it my brain was mush and my skull was starting to lose its structural integrity. But she still wasn't done! After I was softened up from that - she forced my head deep into the toilet bowl and I got the Ukranian Waterboarding of my life! Soon... I was half past dead. I barely realized she was done and that she had one hand on my collar, the other on my belt... and I got heaved out the Treehouse window and landed in a sodden heap beside Uncle Bob. Wirecutter came by and saw us shivering with PTSD and we told him there was a nude, feral she-midget in The Treehouse that was putting paid to any man that dared enter. He's been in there screaming and getting the stuffing beaten out of him for the last 20 minutes, HAR HAR HAR!! 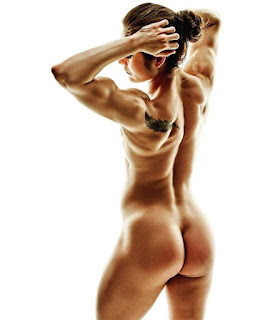 Don't say a word to PP or BW - maybe we can trick them into going in too!
HAR HAR HAR!!! Beat the chit out of them chickie!!!
Awesome!!!

I dunno but I just can't stand the new alpha-female that is all the rage in the movies, in the books, and even in the comics. Last time I cruised past the lost boys of the manosphere they were all pissing and moaning about how Spiderman's black now, Captain America is a fudge packer, and some other one is even a female. Whatever - such people represent perversion and villainy to me but society now wants to make them into heroes. Even the ghostbusters are all women now and apparently they're bombing at the box office. Who woulda thunk it? 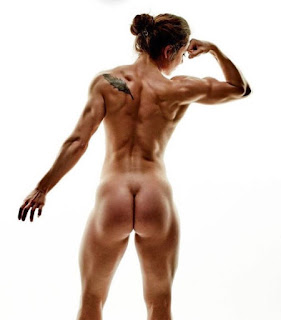 Look at that ass. All it needs is a big thatch
of smelly black hair with willknots and it would
be right at home on a plumber...


The worst of the social justice makeovers are the women. Their 'strong, aggressive independent female heroines' just turn me right off no matter how pretty they are. They come across as sullen and bitchy and when I see them in the movies ... I am actually hoping they get killed, HAR HAR HAR!

I have a request for the film makers and authors out there: can you give the fuggin sanctimonious social justice lectures a rest? Please? I mean - fuck you already! I bought an e-book set in medieval Europe awhile back and all was going well in the story until the hero decided to join his man at arms in a butt blasting session. I got a detailed description of anal sex that left me wanting to soak my imagination in varsol or scotch! Look - I don't need this shit! You can't shock me any more. I've seen it all, I'm sick and tired of it, and if you are going to write that perverted shit into your novels - I ain't buying 'em.

I suppose I shouldn't gripe. We've actually had some non-social justice science fiction movies lately that weren't that bad. They weren't good either...but they didn't stink like most of them have lately. "The Martian" wasn't too bad - even with a progtard moron like Matt Damon in it. "Interstellar" wasn't all that bad either. But there is no denying it - our literature is going into decline just like our culture.

I feel sorry for the young ones today. When I was a kid, if I did all my chores and kept my nose clean, Mom would buy me a book and a 100 lb. sack of nachos - and I was in heaven. Back then guys like Heinlein and Asimov and Niven were spinning yarns that blew the mind. I look at the shite being written today and most of it is by pasty-faced kids for other pasty faced kids.

Just one, God? One story, written in the tradition of the greats of yesteryear? Is that too much to ask?
Posted by Glen Filthie at 10:17