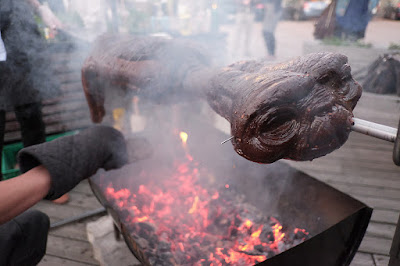 Ulp....Friggin' Texans. Only they can start an interstellar
war with a friendly BBQ.

The last time I went over to Stacks O. Magz for a Sunday BBQ he had a bunch of ex-military types over and they were all eating these: 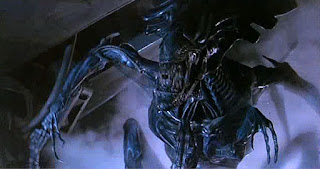 
I think they were fuggin Marines. One of 'em started flipping out when this little monster-shit burst out of his chest and they all started laughing and suturing him back up - right on the dinner table. Even I was offended! Good gravey!!! They didn't even break out the pain killers for the Jar Head! They just mixed up some cheap malt liquor and Pepto Bismal, poured it down his gullet... and started stitching him back up!

Hope your Sunday BBQ is going a little better.  Up here in Alberta we're more cultured, tasteful and sophisticated than those awful Yanks. 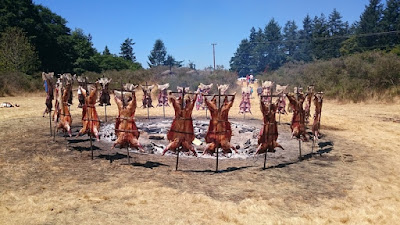 Yesterday I lucked out and happened by this blog. Good lord... that was fiiiiiiiiine eatin'!!!! I strongly recommend you get the old lady (or some other responsible adult) to cook it.

Wait a minute...isn't Brig a Texan? If so, those folk may have some redeeming qualities after all!