... posits that reality consists of an infinite number of parallel universes, each much the same as the one next to it but different, in some small detail or other. Some obscure quack I read (Stephen Hawking, perhaps?) also posited that travel between the universes was possible under certain circumstances but he couldn't prove it.

Of course. That's the way of these ivory tower mid-wit cretins - always leaving the intellectual heavy lifting to their academic superiors. Yeah - I'm used to it.

"The original Independence Day was popular, for sure. That’s different than good, and sometimes people dig something new that doesn’t seem so great after we’ve had time to reflect on it. Once, someone left an inflatable sex doll in the men’s room at the old Arvada Tavern. It was really popular. We all took turns sticking our dicks into that thing until it deflated and collapsed into the clogged urinal. A week later, we all got diagnosed with crabs and, with the wisdom of hindsight, regretted what we had all really enjoyed at the time. Enough to go back for seconds and thirds, even."

Tell me that guy doesn't remind you of another handsome and well spoken blogger...? Why, if that guy isn't my visiting brother from another mother in some far off alternate universe - I'll eat my hat! Come to think of it, it appears that some of my friends on the Toilet Roll have dopplegangers from other dimensions visiting as well! Tell me those other guys don't bear a striking resemblance to Unca Bob, PP, and BW...? It is good to know that whatever universe I happen to be in - I yam a man of intelligence and versed in the literary arts - who always travels with the most scholarly of company. Contrary to Filthy, though - I may indeed rent Independence Day 2. I will pass on the inflatable life-partner too.

As always, thanks for stopping by! 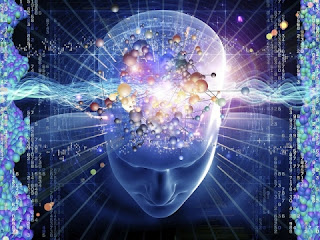