Alice Through The Looking Glass

That's NOT how the story goes! Who writes this shit?
Wirecutter?
Mind you, ya never know these days. Yesterday I believe it was the wife that said it: Alberta is governed by the NDP - half of those losers are commies and the other half are genuine nutters. In any event, it looks like those shit birds are considering legislation that will force catholic schools and homeschoolers to indoctrinate the kids with pan/homo/alternate sexuality in all its politically correct splendour. These days I look at the bitchy faggots, the transgendered sexual freakshows and social justice warriors and I think I've entered some ghastly magical realm filled with perverted monsters! And they want to put these wretched degenerates in charge of schooling your kids. What kind of fugged up moron wants to push that crap at perfectly healthy kids? Hasn't this shit gone far enough?
It's getting scary out there. The soap box failed years ago when the media was bought out by corrupt globalists and Marxists. The ballot box looks like it might fail in the upcoming American election. Hmmmmm. The Soap Box. The Ballot Box. Err...what's that last one?
Oh yes! 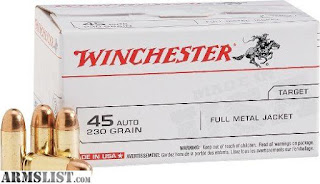 God's calibre, as recommended by St. Browning and St. Cooper.
When flipping the bird just isn't enough.
Posted by Glen Filthie at 11:36