The Wind In The Wires: Flyin' Farmers


The Golden Age of Albertan aviation ended probably in the mid 70's. Back then, before the gubbiment ran and legislated anything that moved - aviation was not exactly cheap - but within the means of the average person that wanted to get involved. It was a godsend for our farmers and ranchers on the especially big spreads. There was usually a Piper Cub or a Cessna or an Ercoupe on most of the big spreads along with grass runway strips. The farmers preferred grass, but had no problems taking off and landing on rural roads as well. Everyone did it and more than a few had no formal license and a flask stashed in the cockpit too. Never knew when ya might have to drop in on a neighbour to say hello, right?

In those days, rather than jumping on a horse or in a truck, and riding a couple miles out to the further pastures - you hopped in the plane, buzzed out and were back for coffee. The so-called 'parasol planes' were great for this, with the wing up high. The pilot could cruise over the pasture, count his cows and even put down with them if he knew the terrain well enough. I like the Cubs and classic Cessna 120's and even the Ercoupes...but I LOVE the modern open cockpit birds and the Beking Duce is the KING of Aviation Al Fresco! 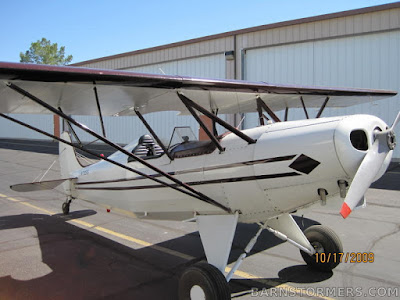 $23,500.00 on Barnstormers. Jeez Louise... as soon as I'm done writing this I am going to go
see Gorges Grouse and hit him up for a loan!
The pilot flies the machine from the back seat which is typical of birds of this type. Engine is 160 HP which is a little much for a plane of this type. These are meant to fly low and slow and are not meant for serious speed that you would need for cross country work. 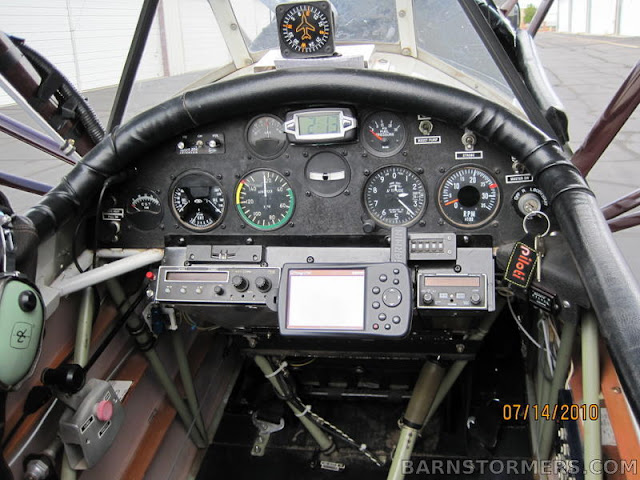 A well appointed VFR panel.
A rudimentary GPS, and some mid range comm gear. You could approach and land at the bigger airports too, with a plane like this...but why would you want to? 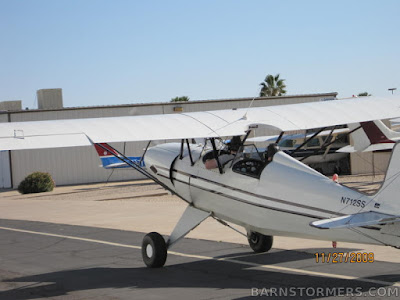 Classic tail dragger
When I was a younger man I swore I was going to get my private pilots license and live the adventure... but life happened. I did manage a few flights with an ultralight before crashing and today my flying is limited to small RC airplanes and drones. These machines are great for younger men that learn fast, or old hands that know the ways of the airplane. Maybe in the next life, huh?
In my next life, I will be a ripped handsome devil like Uncle Bob, and my wife will be a slim beauty that would look gorgeous in a fur lined leather helmet. We'll live in a tar paper shack off the grid, with a shop full of vintage cars - and a small aircraft parked in the morning mist off to the side.
A fella can dream, can't he?  :)
Posted by Glen Filthie at 14:07