An Open Apology To Everyone With An IQ Above Freezing

So young Turdo La Doo praised the late Fidel Castro and played up his life accomplishments like he was some kind of great humanitarian or something. Many are outraged, considering Castro's dismal track record on human rights and obvious disregard for the welfare of his countrymen. It's left a lot of our American friends shifting uncomfortably and awkwardly, trying to be tactful and polite around a Canadian retard that just farted at the dinner table. Forgive the crude analogy - but it is closer to the truth than you think. To understand Justin Turdo, you need to understand the part of the country and the toxic family that produced him. Mark my words, this kid will be the catalyst that produces Canada's version of Trump in the next electoral upset.


Pierre Elliot Trudea was a former prime minister of Canada and Justin's father. Much as I despise Justin, he is not nearly the swine his father was. 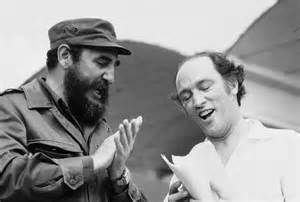 Pierre Trudeau was an effeminate dishrag of a man
popular with homosexuals, some prostitutes and socialists.
He's typical of the elite derelicts produced in the fast lane of the big urban cities
like Tranna, Hongcouver and Mon Trail.
Contrary to American beliefs, you could step out of NYFC and into Mon Trail and
other than all the frogs -
you wouldn't be able to tell that you left!

Like all liberals, Pierre hated the military and as a youth, one of his 'pranks' was to dress up in a German uniform and join the peaceniks in gobbing on returning war vets at the conclusion of WW2. That little stunt made him the darling of the ultra trendy elite leftists of Canada and his 'bad boy' persona made him a hit with the empty headed groupies, new age feminists and young women of the nation. He was one of those guys much like Bill Clinton: he could insult anyone, any group, piss on the rules everyone else abided by - and get away with it. People of low morals and intellect in the big cities thought he walked on water. The rest of the nation ground its teeth and zipped its lip. 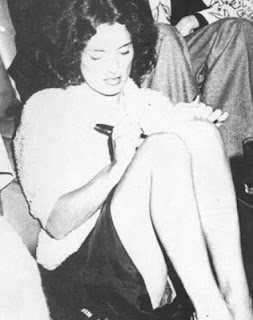 
Pee-rre's life started going to hell in the late 70's. People just got fed up with his ropey mouth, the antics of his nutter of a wife - and his devastating economic and social policies. He was the last politician ever to travel the nation by rail. As his train stopped in a small town in BC, a group of protesters descended on it to do what protestors do. These were working class slobs that had watched their jobs disappear thanks to meddling from the federal gov't. Being the idiot he was, Turdo gave them the finger and sneered at them... and then the eggs started to fly. A veritable hail of rotten eggs splattered that Via Rail coach car from one side to the other! They're still trying to scrub them all off decades later, HAR HAR HAR!!!!

HAR HAR HAR! Keep your arse against the wall boys,
cause it ain't his boot he wants to put up there...
You can see why half this nation hates the other half.


The Turdo era came to a close with the nation mired in debt, with high unemployment and high taxes that have never been really addressed since. Like America, with the exception of possibly Stephen Harper... our conservatives were much like the liberals. There were endless scandals, tax and spend, and refusal to do anything about the REAL problems facing the nation.  The point of all this was that the Trudeau family is much like the Clinton family: vicious, conniving, corrupt and unhealthy. I suspect that should Chelsea Clinton ever step into the political arena, she will do it much like Justin did - as a puppet for a team behind the scenes, polished and promoted by his PR hacks in the mainstream media. In real life, outside of politics, Justin's qualifications for being prime minister is his job experience as a...  junior high substitute drama teacher. 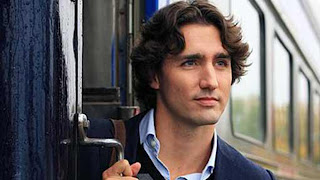 Rinse and repeat. The same ropey mouth, the same attitude
toward tradition and values... but the hair!!!
This 'bad boy' persona had Canada's brainless women wet
between the legs
and eating out of the palm of his hand.
There goes 50% of the electorate....HAR HAR HAR!

He's dropped the F bomb in public on conservatives, he doesn't like, he's sucked up to sexual degenerates and bows low to social justice warriors - and he's everything you would expect of a man that was raised by rich, entitled idiots that never had to work for a living or understand how money and budgets work. Turdo La Doo is basically a child with a credit card he doesn't have to pay for.

That's were the taxpayer comes in, I suppose. This is what a monarchy looks like in Canada. Ugh. 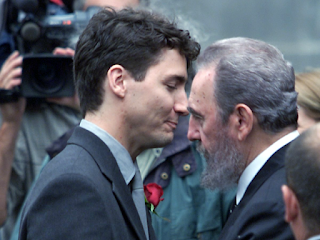 It's a rotten thing to say, but entirely true: it's a good thing when men like Hugo Chavez, Fidel Castro and Pierre Trudeau die and pass away...but it behooves us to remember that there are any number of fools and evil men that will step in to take their places in a heartbeat. Justin Turdo isn't an evil commie like Fidel or his father - he's just a stupid one.
Posted by Glen Filthie at 09:46