I think they're faggots.
Long as they keep it outta my bar - they
don't sound too bad for a modern group I suppose

It's a good idea to watch your drink around Filthie's Speakeasy. The locals are liable to guzzle it if yer back's turned, or do unspeakable things to it if they think you're not watching. Don't ask what a Waikiki Bomber is and don't ask the boys for one either. That is one drink that YOU. DON'T. WANT. Don't ask how I know this. Stop that laughing, damn you lot! It's NOT funny!!!! I'm still mad about it!!!!

Also, everyone hand over your firearms. I know! I KNOW, alright?!? But last week WL was showing off that cute little Walther PPK in 32ACP of his. Of course fuggin Quartermain told him the thing was an underpowered pea shooter and next thing ya know, they shot Uncle Bob in the ass as he dozed at the bar. He didn't wake up but when he did - and found out he had been used for a ballistic experiment, we all caught the very hell of it! I've still got the bruises to show for it! Hand 'em over!!!

In any event, at BW's recommendation we're looking at a new concept here at the Thunderbox in scotch whisky: 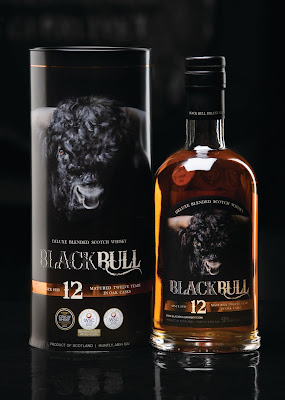 I've lucked out with cask strength single malts. I ordinarily frown on high test intoxicants because alcohol can overwhelm the taste of the booze. All that goes out the window with scotch based on my very limited experience. Years ago I bought a Bowmore at 53% and it was spectacular. If I had a time machine I would go back and pick up a case - I've not seen it since. So it goes for special bottlings I guess. Let's see your glasses, fellas! Bottom's up! (Not your ass, Stackz! Jeez - can't take that kid anywhere, HAR HAR HAR!!!!)

I get the fruit - it's almost explosive. I can almost get the vanilla and toffee but they are elusive and VERY subtle. The lemon comes in the tasting. The toffee comes forward in the finish and it is AWESOME. Oh my - Filthie likes! Four fingers outta five, fellas - you can set your watch and warrant to it! I just might have another one of these!

Hmpfffff! I see Wirecutter forgot his .41 Magnum here last weekend, and if none of you louts says anything about it - maybe we can get some trigger time in with it! Pretty sure I got a box of shells round here somewhere! Finish the bottle, boys - we'll set the empty up in the back alley and get some trigger time in! In honour of the gent donating the pistol, maybe we should get some proper music on the juke too!

Crank up the volume Uncle Bob! Quartermain's up first! First guy to hit the bottle drinks for free all afternoon! As for me, I'll be the range officer and judge and my word is final! I think I need another glass too - it's purely medicinal and improves the eyesight and digestion!

The rest of you - have a great Saturday! And don't tell Wirecutter where his 41 magnum is!  :)