Sorry about that folks.

When ya get old and mean like I have there isn't much out there that can scare ya anymore. But if there is one thing on this planet that can make me poop my pants and reduce me to an hysterical derelict that gobbles in fright... it's one of these: 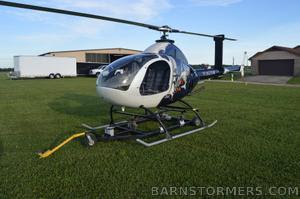 Back when Pop was in aviation with Ward Air we rubbed shoulders with other people that worked in the industry too. Two or three of my friends lost their fathers to these infernal machines. Another was killed when the bird decided to kill itself and it's pilot - and one of the ground crew too.

In high school my shop teacher was an ex-chopper pilot that got his license in the military back in the 50's. His class had 52 recruits - and by the 80's he was the only one of his class still alive. I fear and loathe rotary wing aircraft and will not tolerate them in my presence.

It may seem treasonous to say so - and maybe it is, I dunno. But I absolutely HATE this machine with every fibre of my being: 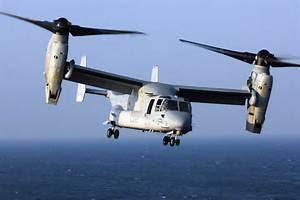 What in HELL are the Marines thinking?

I've flown them on simulators and they are just EFFED. They need three computers running full time to augment the human pilot. A human being cannot process and execute the control inputs fast enough to keep it in the air. If the computers should have a disagreement among themselves, they go to war with each other and the pilot - and the bird tears itself and it's crew to shreds. This damned thing is even MORE evil than  chopper and no bones about it!

Just the thought of these damned things leaves me weak in the knees and shaking like a leaf. If you'll pardon me - I need to rush home after I'm done here and have a BIG drink to steady my nerves. Why - YOU look like you need one too! By all means, help yourself, I will pour - and we won't say anything more about this most unsavoury topic! :)
Posted by Glen Filthie at 15:39